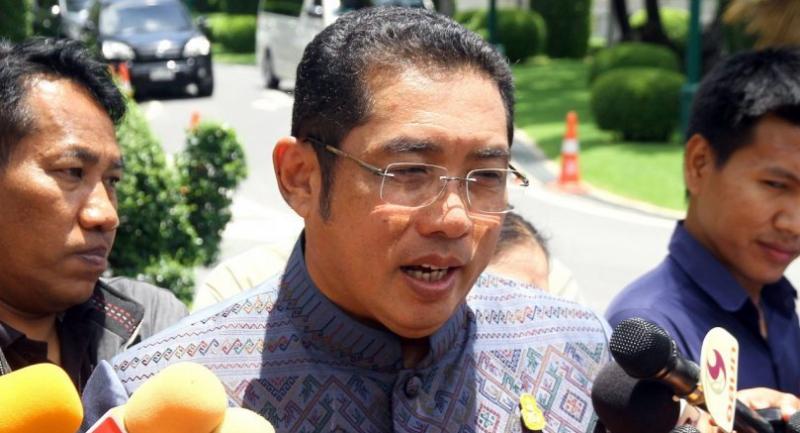 The junta leader has replaced the mayor of Pattaya City with Sontaya Kunplome, his political adviser.

Prime Minister General Prayut Chan-o-cha, in his capacity as leader of the ruling National Council for Peace and Order (NCPO), issued an order on Tuesday to replace the current mayor, Anan Charoenchasri, with Sontaya.

Sontaya is replacing the mayor whom Prayut had only appointed in February.

The order said there was a need for a new Pattaya mayor “with high potential as well as required experience, knowledge and capability” in managing the city’s roles involving the government’s Eastern Economic Corridor development project. Published in the Royal Gazette on Tuesday, the NCPO order said the appointment had immediate effect.

Under the current Constitution effective since last year, Prayut has retained unrestricted powers under Article 44 of the post-2014 coup interim charter over all branches of government.

Sontaya was also empowered by the order to appoint no more than four deputies.

The order said he would serve in the new position until the yet-to-be-scheduled election of Pattaya’s mayor, or until there was a new NCPO order regarding the local administration of the eastern-seaboard resort-city.

“In case he sees fit, the prime minister may propose the National Council for Peace and Order to make changes to this order,” the document stated.

In April, Sontaya was appointed an adviser to the prime minister on political affairs.

The PM at that time said he needed someone to advise him on political matters.

It is unclear whether Sontaya retains his position as a PM adviser on political affairs following his appointment as the new Pattaya mayor.

Sontaya, leader of the Phalang Chon Party that is popular in Chon Buri, is a former minister of culture and of tourism and sports.

His party was part of the pre-coup coalition government led by the Pheu Thai Party’s Yingluck Shinawatra.

The Cabinet in April also appointed Sontaya’s younger brother Ittipol as an adviser to the tourism and sports minister.

Ittipol served as an elected mayor of Pattaya for two terms between May 2008 and June 2016.

Before his appointment in February, outgoing mayor Anan, a retired police major-general, served as the vice chairman of Pattaya Council.