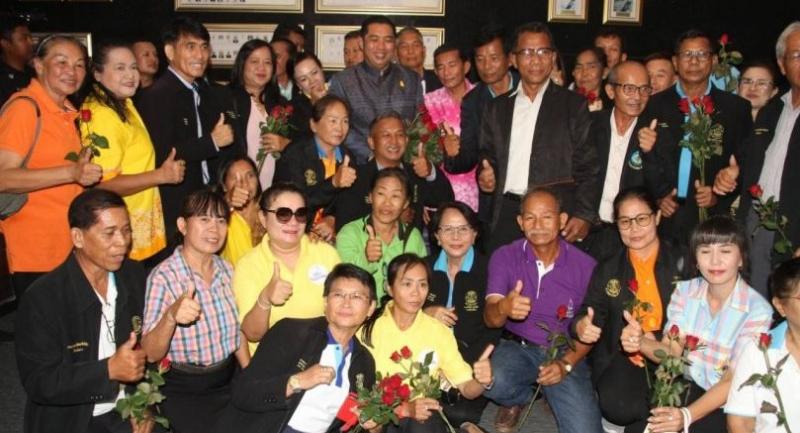 PATTAYA CITY’S new mayor said yesterday that his family will cover the Bt100-million in damages the court has ordered his father to pay the city over a corruption case. Sontaya Kunplome, who was appointed to head Pattaya’s city administration on Tuesday, said he would cover the balance if the 40 plots owned by his father Somchai are worth less than Bt100 million.

“Don’t worry. We will follow the final court verdict, and if the plots are worth less than Bt100 million, we will be happy to pay the remainder,” Sontaya said yesterday.

In 2012, the Supreme Court sentenced Somchai in absentia to five years and four months in jail for colluding to sell 150 rai (24 hectares) of forestland to Pattaya City. Somchai at the time was a local administrator in Chon Buri. Sontaya said yesterday that when his brother Ittipol was serving as Pattaya City mayor, his administration had checked with the Land Department and found that their father Somchai owned 40 plots of land. The city administration then asked the Legal Execution Department to confiscate the land for auction, Sontaya said.

“The process is now with the Legal Execution Department,” Sontaya said. However, a source in the department said yesterday that Pattaya’s administration, as the damaged party, has yet to call on the Land Department to check Somchai’s properties before the asset-seizure procedure began.

“So the check has not begun yet. The 40 land plots mentioned have yet to be included in the legal execution process,” the source said. Meanwhile, anti-corruption activist Veera Somkwamkid warned yesterday that the appointment of Sontaya as Pattaya City mayor might adversely affect the legal execution of the court verdict against Somchai.

Veera, who is secretary-general of the People’s Network against Corruption, said this could be a conflict of interest. He called for Prime Minister Prayut Chan-o-cha to be responsible in case of damage.

General Prayut, in his capacity as chief of the ruling National Council for Peace and Order (NCPO), named Sontaya as the new Pattaya mayor in an order issued on Tuesday.

In response to Veera’s claim, the PM said yesterday that Sontaya had nothing to do with his father’s alleged corruption, according to government spokesman Lt-General Sansern Kaewkamnerd. Prayut was also quoted as saying that Sontaya is well qualified for the mayor’s job and has no characteristics that would prevent him from assuming office.

The PM also dismissed allegations that Sontaya’s appointment was part of a political trade-off between the junta and the Kumplome family, which is powerful in the eastern seaboard.

Deputy Prime Minister Wissanu Krea-ngam said yesterday that his father being found guilty in court would not prevent Sontaya from serving as mayor.

Wissanu, who is in charge of the government’s legal affairs, said part of Somchai’s 40 land plots have been confiscated and sold off for payment to Pattaya City. If the money obtained is less than the damages, the Pattaya administration would need to confiscate more of Somchai’s assets, he added.

The deputy PM added that though Sontaya was appointed by the NCPO, the junta will not be responsible if he does anything wrong, but the premier should be held accountable if his appointee is not qualified for the job.