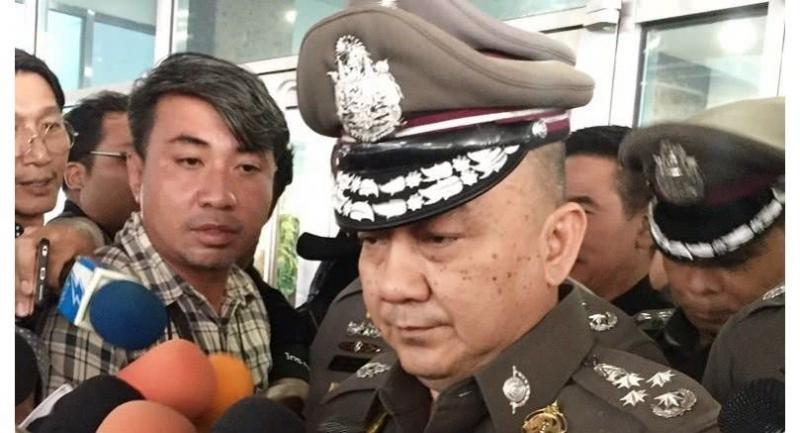 ADMITS POLICE HAVE FOUND NOTHING IN LYRICS TO IMPLICATE GROUP, SAYS VIDEO CAN BE FREELY SHARED

HIT WITH harsh comments for threatening to file charges against the Rap Against Dictatorship group, Deputy Police Chief Pol General Srivara Ransibrahmanakul appeared to make a U-turn yesterday, saying the police had taken no action.

He said that initially nothing had been found in the lyrics of “Prathet Ku Mee” (My Country’s Got…) that could implicate the artists, adding people can freely watch and even share the smash hit.

Srivara also said that he has told the police to look into and press charges against media outlets that have been sharing “false news” about police arresting the rappers.

The “Prathet Ku Mee” music video had garnered close to 20 million views on YouTube as of press time, with the number of views rising by the minute.

The track caught the public’s attention only after comments from Srivara and the government last week. Prior to that, there were less than 1 million views on YouTube.

However, Srivara said the Technology Crime Suppression Division was still examining the song to see if there was anything in the lyrics that could be violating the Computer Crimes Act or sedition laws.

“Prathet Ku Mee” touches on several serious social and political issues, among them the black-panther case, which made headlines when a billionaire was accused of illegally hunting this rare species in a national park. The song also refers to a photograph of Srivara bowing in a deep “wai” to the billionaire, Premchai Karnasuta, at a police station in March.

Members of the public responded by saying the deputy police chief was so humble that he would probably let the billionaire walk free even if he were found guilty.

The deputy police chief admitted that he was uncomfortable about this reference, saying the black-panther case was still in court and mentioning it in the song would only cause further controversy. He also decried the rappers for trying to link this controversy with his work.

Meanwhile, Prime Minister General Prayut Chan-o-cha, who is on a mobile Cabinet trip in Phayao province, also said the song’s reference to an authoritarian military regime was not true, as this government is not what the song suggests.

“I would not have been able to stay this long if I was a dictator. Don’t pay much attention to it,” Prayut said.