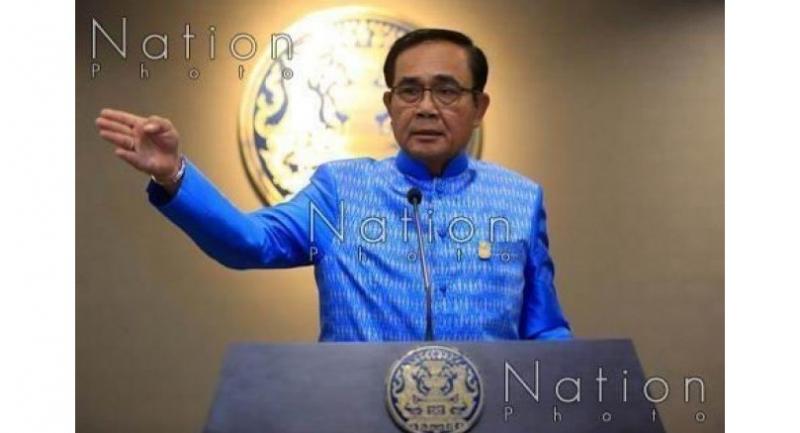 THE GOVERNMENT has used its special powers to put national reform and reconciliation mechanisms under a new state agency ahead of the general election due early next year.

The agency will be set up under a special Article 44 order issued by the National Council for Peace and Order (NCPO).

In his capacity as chairman of NCPO, Prime Minister Prayut Chan-o-cha signed the order, which became effective on Monday after it was published in the Royal Gazette.

Under this order, the new agency for national reform and reconciliation will be in place for five years, after which it can be dissolved.

The order underlines the junta’s original intent to pursue a reform and national reconciliation agenda following the 2014 coup.

The new agency will take over responsibilities from other state units and committees to reform the country in line with national strategic objectives and promote national reconciliation.

In the process, some articles of the national economic and social-development advisory board, political development council as well as the national legal reform council legislation will be abolished.

In addition, some employees of these units will be transferred to the new agency.

The new agency’s director will be appointed by Cabinet to drive the efforts to reform the country’s bureaucracy, economy and legal framework, and to promote national reconciliation via more than 10 existing committees.

Among these committees are those responsible for the Thailand 4.0 initiative and the Thai Niyom sustainable development programme designed to upgrade the country’s international competitiveness over the next two decades.

In addition, the government has launched the Eastern Economic Corridor (EEC) mega-infrastructure development programme, granting tax and other privileges in designated areas of Chon Buri, Chachoengsao and Rayong provinces.

The EEC programme is designed to promote investment in 10 new high-growth industries – next-generation automobiles, smart electronics, medical and wellness tourism, smart agriculture, biotechnology, food for the future, robotics and Internet of Things, among others.

These programmes and initiatives are part of the government’s strategic national development goal for the next two decades, during which the digital economy and society as well as electronic government services, among others, will play a leading role.

Based on the NCPO order, the new agency on national reform and reconciliation will be governed by its board of directors to be chaired by the prime minister, while a deputy premier will be vice chairman.

Other members of the board include up to three Cabinet members, the permanent secretary for defence as well as the secretaries-general of the National Economic and Social Development Board, the Council of State, the Civil Service Commission and the Budget Bureau director.