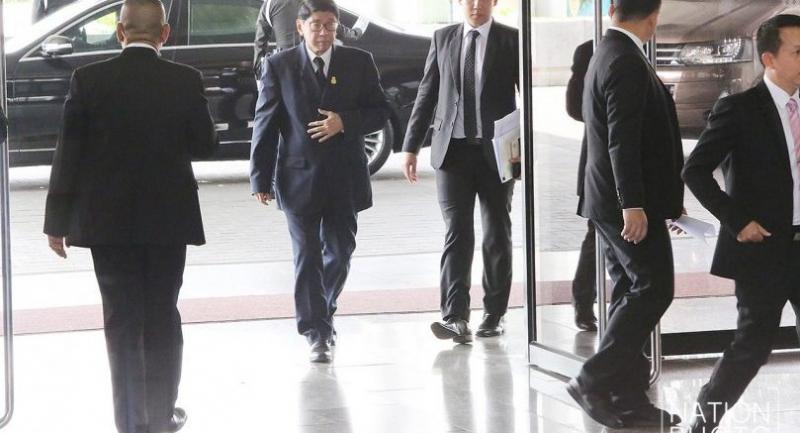 Says election results should be released by April 25 and new cabinet, pm in place by May 9

The junta on Friday reaffirmed the dates for its “roadmap to democracy” with February 24 confirmed as the polling day, while April 25 and May 9 were favoured as the respective dates to announce election results and establish the elected Cabinet. Government legal expert Wissanu Krea-ngam, also a deputy prime minister, said that within this month and before the election decree is out, the ban on political activities will be lifted and nine junta orders related to the restriction will also be nullified.

The election campaign decree will be issued on January 2, Wissanu said. Then on January 4, the Election Commission (EC) will formally announce the election date as well as the MP candidate lists and other details, he added. On that day, the date will be published in the Royal Gazette.

Each party will submit its list of prime minister candidates to the EC between January 14 and 18, Wissanu said. On January 25, the EC will announce all MP candidates from different parties, he added. While the junta has maintained its tentative February 24 election date, Thais living overseas will be able to cast their ballots between February 4 and 16, and those living outside their constituencies will vote February 17, a week before the election day.

The election result, Wissanu said, will be announced within two months of the poll, or by April 25. The first meeting of the new Parliament should be held by May 9, when the new Cabinet and prime minister will be selected and take an oath, Wissanu said. The role of the ruling National Council for Peace and Order (NCPO) should also fade away in the process. Wissanu said that from December 28, the junta will stop proposing legislation to the National Legislative Assembly (NLA).

The NLA itself will also cease legislation from February 15, he added. However, the NCPO will still maintain power to make a final decision on the selection of 250 senators, and the process should be finalised by April 28, Wissanu said. The timeline was revealed on Friday by the junta in its controversial meeting with political parties that addressed the election itself as well as the ban on political activities imposed since the coup over four years ago.

The NCPO said the meeting was needed so political parties can make arrangements and campaign ahead of the election, which is less than three months away. The EC had invited 105 parties to join the discussion on Friday. Seventy-five, mostly medium-sized and smaller parties, accepted the invitations while major players such as Pheu Thai Party, Thai Raksa Chart and Democrat Party refused to take part, citing that it was held by the illegitimate junta.

Anti-junta parties such as Future Forward Party and Seri Ruam Thai Party also rejected the invitation. Kian Party (Troll Party) led by anti-coup activist Sombat Boonngamanong had not been invited. Sombat was present dressed as a pirate, but was asked to leave the venue on grounds that he had not been on the invitation list and that the party had not been fully registered by the EC. Chaired by junta leaders PM General Prayut Chan-o-cha and Deputy PM General Prawit Wongsuwan, the Royal Army Club in Vibhavadi saw tight security. However, some 20 pro-election protesters present in front of the club called on the junta to be sincere in lifting the ban and holding an election.

January 25: Announcement of names of constituency and party-list candidates

May 9: Last day for new Parliament to convene first meeting.