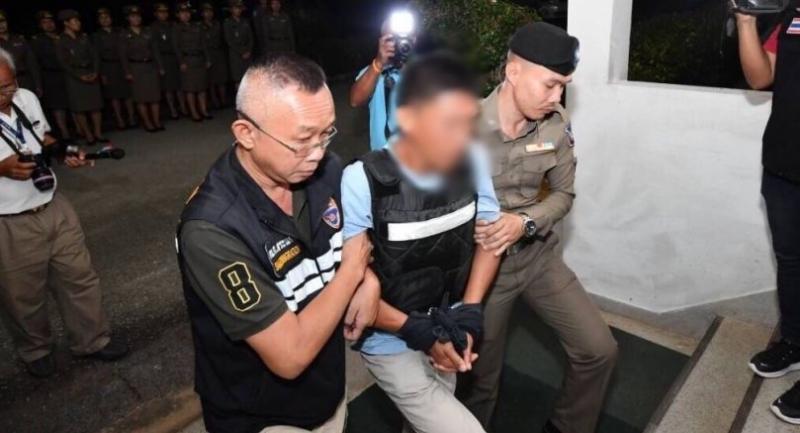 Cambodian police handed over a red-shirt extremist to Thai police after he surrendered to face bomb and murder charges for attacks against Bangkok Shutdown protesters in 2013 and 2014. Krissada Chaiyakae, 47, was handed over to the Thai authorities on Friday.

Immigration Police Bureau Pol Lt Gen Surachate Hakpal flew in a helicopter to the 12th Border Patrol Police Division in Sa Kaew's Aranayaprathet district at 8pm on Friday to take him back to Bangkok.

Krissada is wanted on an arrest warrant issued by the Criminal Court on February 20, 2014, for at least two attacks against protesters led by the People's Democratic Reform Committee (PDRC) in 2013 and 2014.

He was accused of throwing a grenade at the rally stage of the PDRC at the Victory Monument on December 19, 2013, and of shooting dead a PDRC leader, Suthin Tharathin, at the Wat Sri-iam Temple on January 26 2014.

Police said Krissada surrendered to Cambodian authorities who in turn contacted Thai police to receive him at the Aranyaprathet border checkpoint on Friday.

Krissada admitted to Surachate during interrogation that he threw the grenade at the PDRC rally stage at the Victory Monument.

He said he decided to surrender after learning that political violence cases would not have any statute of limitations and he would have to flee for the rest of his life if he did not turn himself in.