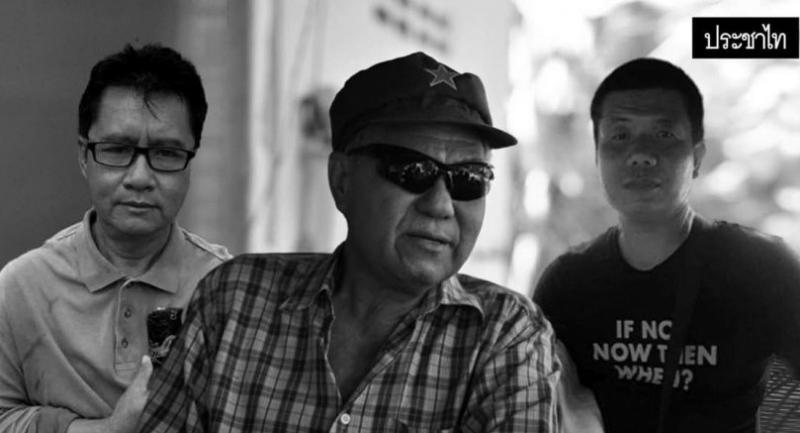 DNA tests confirm identities; both found strangled and drowned in river; activist not heard from since December 12

A FORENSIC report confirmed yesterday that DNA samples collected from two dead bodies found on the banks of the Mekong River in Nakhon Phanom a few days ago matched the DNA of two missing dissidents who were close aides of former anti-monarchist activist Surachai “Saedan” Danwattananusorn.

An official report from the Institute of Forensic Medicine at Bangkok’s Police Hospital indicated that one of the bodies might be that of leftist activist “Comrade Kasalong” as its DNA matches that of his son, Nakhon Phanom police chief Pol Major Thanachart Rodklongtan said.

Meanwhile, the DNA of the son of another political activist “Comrade Poochana” matched that of the second body.

Both Kasalong and Poochana, along with Surachai, had not been heard from since December 12, according to their relatives, who believed they might have been living in exile in neighbouring Laos.

The relatives of Surachai’s two aides called on police to test the DNA of the two bodies, aged between 30 and 50, after hearing that they might be those of their missing relatives. The two men, whose bodies were found on the banks of the Mekong on December 27 and 29, appeared to have been killed in the same manner – handcuffed and strangled by rope. Their bodies were then weighted down with concrete blocks, wrapped in a net and sack and dumped into the Mekong River, which borders Thailand and Laos.

The 75-year-old former communist insurgent, Surachai, who actively joined the red-shirt movement, had sought refuge in Laos after the May 2014 military coup.

The last time his associates had heard from him was on December 12, when he called them from Laos on a cellphone, a Facebook post by Phouphaaseree Saren said. The post said his house in Laos’ Bolikamxay province was left unlocked, the van he regularly used was still parked and his belongings were untouched. The two fugitives living with him – Poochana and Kasalong – have also gone missing, the post read.

National Human Rights Commissioner (NHRC) Angkhana Neelapaijit said the relatives of Surachai’s two aides had contacted her earlier to express their concern. “I told them to lodge a complaint with police for further investigation, and if they fear injustice, they can seek assistance from the NHRC,” she told The Nation.

Several red-shirt dissidents fled Thailand after the Yingluck Shinawatra government was ousted in a military coup in 2014.

Their associates say they were murdered in Laos, but there has been no official confirmation and the Laos authorities have refused to acknowledge they had ever lived in the country. Meanwhile, Surachai’s wife Pranee Danwattananusorn told Prachatai news website that she had lost contact with her husband a long time ago and had only heard about his disappearance via media, adding that all she could do at this point is pray for his safety.