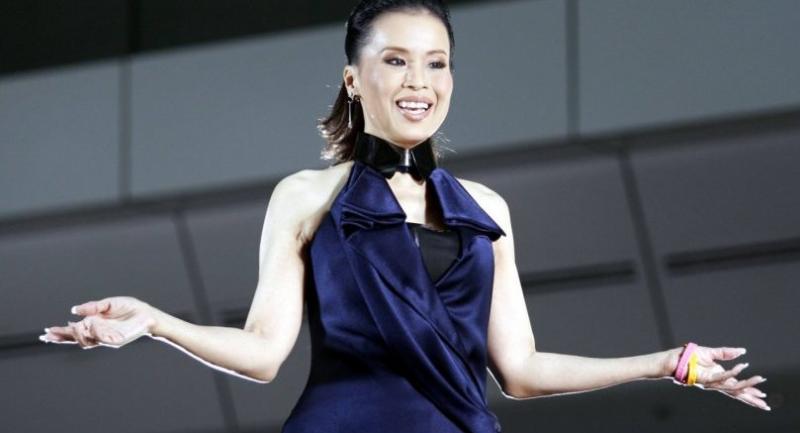 Now a candidate for the prime minister’s post, Princess Ubolratana, who relinquished her royal status in 1972, said on Friday she was exercising her constitutional right as a common citizen to enter politics and would enjoy no special advantage as a member of the Royal Family.

“I thank all Thai citizens for their love and support,” she posted on her Instagram account. “I am very appreciative and would like to see all of us enjoy our right and opportunities to be happy in our country.

“My acceptance of the Thai Raksa Chart Party’s invitation to be its PM candidate is a constitutional right, not a privilege,” she said. “I do this with sincerity and the intention to sacrifice for the sake of national prosperity.”

Ubolratana Rajakanya Sirivadhana Barnavadi is the eldest daughter of the late King Bhumibol Adulyadej and elder sister of His Majesty King Maha Vajiralongkorn.

Her decision to be listed as the sole PM candidate of Thai Raksa Chart, a party aligned with ousted former premier Thaksin Shinawatra, held significance in Thai politics since it is the first time in recent Thai history that an immediate member of the Royal Family joined parliamentary politics. The party leader, Preechaphol Pongpanit, told reporters after submitting her candidacy to the Election Commission that her name was suggested at a party executive meeting and its directors agreed she had the credentials and would be a perfect candidate.

“So, we reached out to her and the Princess extended her kindness, allowing Thai Raksa Chart to nominate her,” Preechaphol said. The party emphasises change and modernity, he said, and the Princess was a good fit for its image.

Preechaphol said the party would wait for the Election Commission to verify her eligibility and approve her candidacy before announcing how Ubolratana would carry on its work.

He insisted that the nomination adhered to all constitutional requirements.

Asked if he thought having Ubolratana as its candidate would put other parties at a disadvantage, Preechaphol said he did not believe so, but it was up to the voters to decide.

Ubolratana has long been seen as strongly connected to the Shinawatra clan. Both Thaksin in 2006 and his sister Yingluck in 2014 fell to military coups that had broad support among the elite and urban middle classes.

Andrew MacGregor Marshall, a lecturer at Edinburgh Napier University who first broke the news on Wednesday on Facebook, called Ubolratana’s candidacy a momentous development that would cause a dramatic realignment of Thai political forces.

“It heralds the end of the bitter red-versus-yellow political conflict after 14 damaging years. A new political settlement is taking shape ahead of the coronation of HM King Maha Vajiralongkorn in May,” he said.

“The hopes of Prayut Chan-o-cha that he could stay on as prime minister after the elections have been dealt a crushing blow,” Marshall told The Nation Weekend.

“Once again, Thaksin has shown his extraordinary ability to come back from the brink of defeat.”

It would reduce military pressure on them, he said, and help Thai Raksa Chart win the support of more first-time voters who as children would have been familiar with the “To Be Number One” anti-drug campaign the Princess initiated.

Some 7 million first-time voters are eligible to cast ballots in the March 24 election.

Titipol said some factions in Thaksin’s camp who are critical of the monarchy will be unhappy with the Princess’ candidacy, but it’s the only way their side can survive.

“It’s like being terminally ill with cancer and trying every kind of medicine but never finding a cure. This is the most practical option,” he added.

With a Royal candidate in the pro-Thaksin camp, Titipol noted, the pro-junta Phalang Pracharat would be more comfortable joining Pheu Thai and Thai Raksa Chart in forming a coalition government.

However, Titipol said, if Thai Raksa Chart leads the government after the election, it is unclear whether criticism of the government would be permitted, given Thailand’s lese majeste laws.

Speaking from Tokyo, Professor Yasuhito Asami of the Department of Global Politics at Hosei University, agreed that Ubolratana’s involvement would be a major boost for Thaksin and his allies. “From now on, it will be much more difficult for the anti-Thaksin camp to take a harsh attitude towards the Thaksin camp,” he said

As for its impact on Thailand’s political stability, he said it could go either way. If the Princess took the role of caretaker prime minister focused on fostering reconciliation and revising the Constitution to make politics more equitable, and then left politics after another election, stability would be enhanced, he said.

But if she failed to live up to people’s expectations, he warned, the dissatisfaction that has been brewing in the past four years could come to a boil and derail attempts at parliamentary democracy and also destabilise the monarchy.