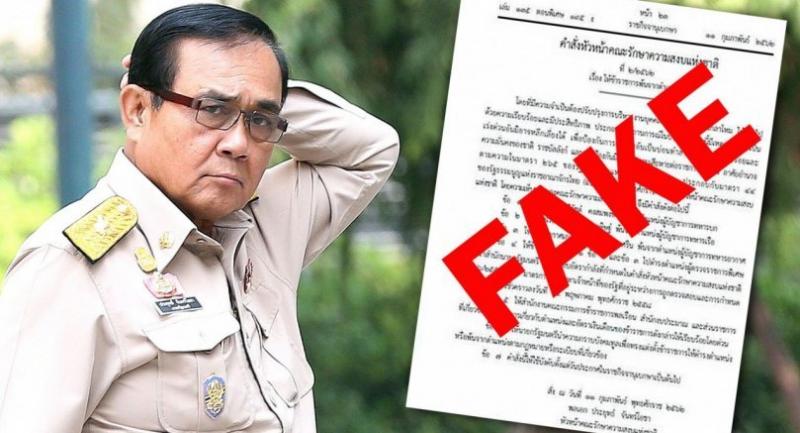 “If it were true I would have informed [the public]. There is a procedure to remove any [military] officer. It’s not like I can use Article 44 [to order a removal],” General Prayut said in response to the rumour.

The rumour coincided with similar rumours of a possible counter coup d’etat amid uncertainty over the political situation. The nomination of Princess Ubolratana, HM King Maha Vajiralongkorn’s elder sister, as a candidate for premier was proposed by Thai Raksa Chart Party, which is allied to the powerful Shinawatra clan.

Hours after her nomination had been submitted to the Electoral Commission for approval, a royal command from the King appeared to put the brakes on her unprecedented political aspirations. The King’s command said the monarchy was above politics and described his sister’s candidacy as “highly inappropriate”.

Defence Ministry spokesman Kongcheep Tantravanich said Defence Minister Prawit Wongsuwan had insisted that there would be no counter-coup as some were speculating.

The military has 100 per cent unity and is a major institution for taking care of national security, he added.

Meanwhile, the assistant secretary-general of the Secretariat of the Cabinet, Savitri Chamnarnkit, yesterday filed charges with the Technology Crime Suppression Division (TCSD) against individuals alleged to have circulated a falsified junta order. Pol Colonel Siriwat Deepor, the TCSD spokesman, accepted the case and said he would set up a team to investigate and find the culprits, who may have violated Article 14(2) of the Computer Crime Act.

The Article states that those involved in importing false computer data to a computer system that is likely to damage the country’s security or cause panic among the public shall be subject to imprisonment for not more than five years or a fine of not more than Bt100,000 or both.

The false order, which indicated that active post commanders of the Army, Navy and Air Force were to be removed, had spread on social network platforms during the weekend.

It also claimed the transfers were royally approved and promulgated in the Royal Gazette.

In a related development, the National Council for Peace and Order set up a war room to closely monitor current movements that could instigate chaos in the country, a junta source said.