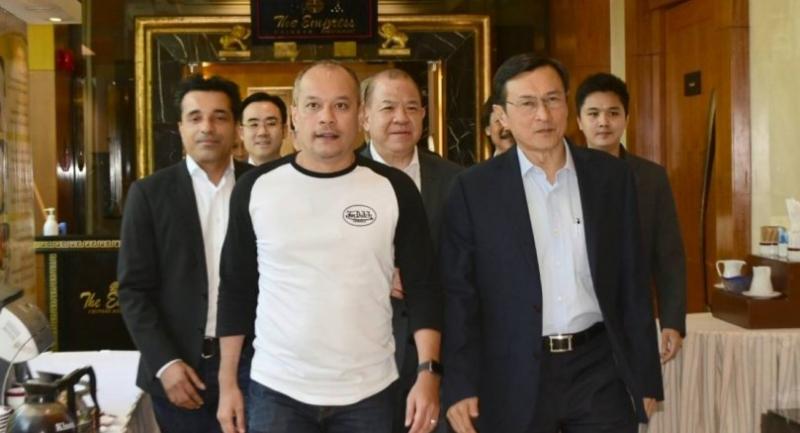 MEMBERS OF the now-defunct Thai Raksa Chart Party may find themselves in trouble again after the Election Commission (EC) launched a new investigation against them for allegedly urging voters to vote for parties that are not affiliated to them or vote "no".

EC President Ittiporn Boonpracong said yesterday that an investigation committee has been set up to look into the matter. He said Thai Raksa Chart members might be violating the law that prohibits attempts to influence voters. The law clearly says voters must make a decision independently and without any outside influence, he said.

Whether this may lead to parties supported by Thai Raksa Chart being dissolved remains uncertain, Ittiporn said, adding that the agency will look into the issue objectively.

He added that the investigation is being conducted independently without any complaints being lodged with the EC, adding that the action was clear enough for the agency to pursue it.

After the anti-junta party was dissolved last week, some of the banned party executives allocated their resources to support other parties who follow similar ideologies, such as Pheu Thai and Future Forward.

They are also urging voters in areas that do not have candidates from these parties to vote “no” instead.

Under the 2017 Constitution, the “no” vote matters. If the majority of the votes are “no” votes, then a new election will be called and candidates who had previously run for the constituency will be banned from the race.

In response to the EC president’s statement yesterday, Thai Raksa Chart’s party-list MP candidate Chaturon Chaisaeng took to Twitter to ask if the pro-junta Phalang Pracharat Party would also be dissolved if his party had allocated resources to support it.

Meanwhile, the investigation against junta chief General Prayut Chan-o-cha and his affiliated party appears to be making progress very slowly.

Ittiporn said yesterday that the EC had only just completed its initial investigation into whether Phalang Pracharat’s fundraising had been unlawful, adding that the results will be submitted to the commissioners in the next day or two.

The president said he had learned from EC secretary-general Jarungvith Phumma that donations to Phalang Pracharat had come from individuals who were not foreigners, as it is forbidden by law. The investigators are now looking to see if the donors are related to state agencies, he added.

Investigation into whether Prayut is a state servant and if he should be disqualified as a PM candidate is also being worked on, he said, adding that this matter will also be submitted to the commissioners this week.

As for the recent logistical problems experienced in overseas voting, Ittiporn said the issue will be sorted out and there may not be the need for a by-election.