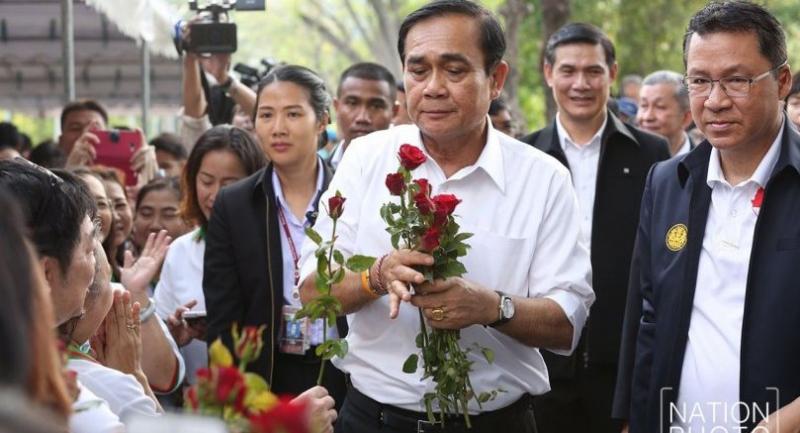 The Election Commission (EC) on Wednesday voted unanimously to dismiss the complaint against the junta chief’s prime ministerial nomination, saying the process had been lawful.

The case was brought by pro-bono lawyer Winyat Chatmontree last month to disqualify Gen Prayut Chan-o-cha from the contest. Prayut was a state servant and should not be qualified for the nomination, the lawyer argued.

The EC said the nomination was in line with the law, without giving an explanation.

The ombudsman last week issued the same ruling saying Prayut was not a state servant after coming to power via a “temporary” five-year power seizure.