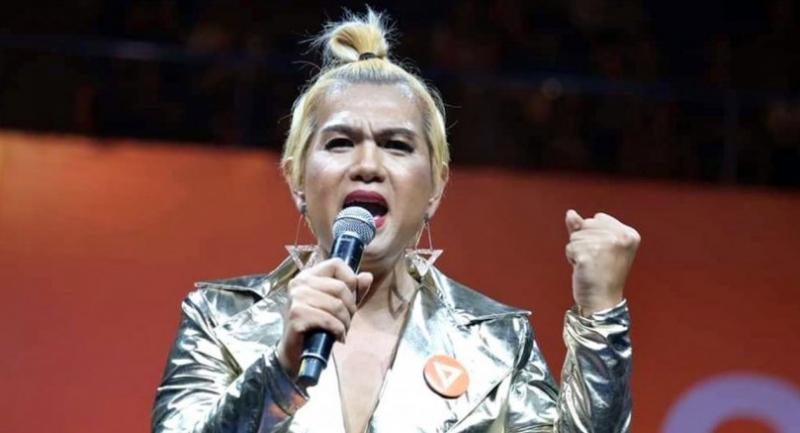 FUTURE FORWARD PARTY, which made a strong debut in Thailand’s political landscape, is grabbing people’s attention with its unusual party-list MP candidates.

Instead of sporting the names of political bigwigs, Future Forward’s list has candidates from all kinds of backgrounds, ranging from a labour leader and transgender film director to a silver medallist from the Asian Para Games and a citizen who hails from the Hmong minority.

Wannipa Maison, the secretary-general of Triumph’s labour union, who is also a board member of Textile Garment and Leather Workers Federation of Thailand, is ranked third on the list, just after party leader Thanathorn Juangroongruangkit and co-founder Piyabutr Saengkanokkul.

“I joined Future Forward because I want to speak up for labourers and defend their rights,” she said.

Wannipa has fought for fair wages for workers, as well as their right to state welfare and leave. As a single mother, she said she realises the difficulties that low-income earners face in raising their children.

“I am determined to push for a tangible response to labourers’ demands once I’m in Parliament,” she said, adding that her aim is to boost the standard of living for low-income earners and give them equal access to state welfare.

Parinya Chuayket Kirirat, who has made a name for himself at several international competitions for the physically challenged, said he appreciated Future Forward’s policies on equality, human dignity and diversity.

“I submitted my profile to the party for a chance to become its MP candidate. I am well accepted and have been given the 23rd spot in the list for party-list candidates,” he announced proudly.

“I want to represent people with disabilities in Parliament,” Parinya said, as he vowed to fight hard for social development in relation to the physically challenged.

The 24th candidate on Future Forward’s party-list is Nattapon Seubwongsak, a Hmong resident in Tak’s Phop Phra district. Nattapon’s imminent entry in Parliament has caused a sensation in his hometown, because he will unarguably become the first ethnic-Hmong to become an MP in Thai history.

Tanwarin Sukkhapisit, who has made a name for herself as film director, said she applied for the party’s membership last year, hoping that she would become the first transgender MP in Thailand. Ranked 9th on the list, Tanawarin believes her hope will soon come true as she thanked her supporters “for believing that Thailand can get better”.