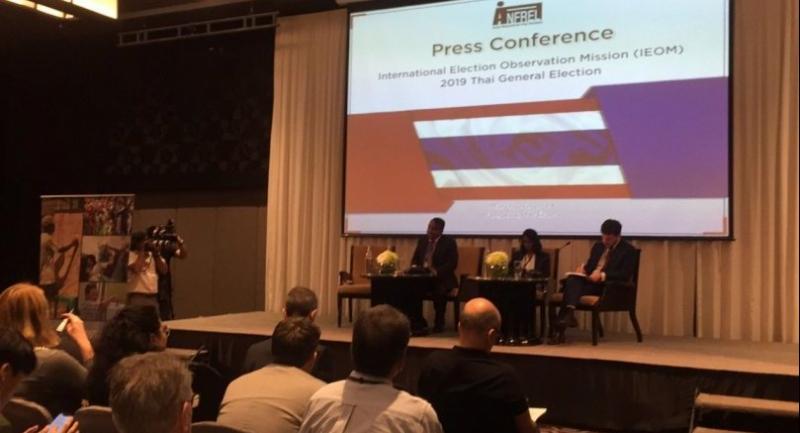 An international election-observer group on Tuesday urged the Election Commission to announce the official result of the general election as soon as possible, in order to ensure the transparency and integrity of the poll and prevent any suspicions escalating into distrust and conflict, particularly in regard to doubtful unofficial-votes counting.

The Asian Network for Free Election (ANFREL) called on the EC to quickly address all of the flaws and issues that had been found in Sunday’s election and disclose the official election outcome to the public, otherwise the election may be regarded as untrustworthy and illegitimate.

Amaël Vier, ANFREL’s programme officer for Capacity Building and International Election Observation, said it was necessary for the EC to address all issues, including doubtful unofficial-votes counting, that both observers and voters had seen emerging from the election process, in order to encourage and rebuild trust in the country’s elections.

“With a voter turnout of just over 65 per cent, it is safe to say that the people still believe in the ballot and the prospect of change it can bring,” Vier said.

“These problems and flaws in the election process are jeopardising the people’s trust in the elections, so the EC should promptly clear up all of the public suspicions before these suspicions escalate into distrust and political conflicts,” he added.

He also highlighted that due to many fundamental democratic shortcomings in the election, ANFREL had concluded in its interim report that Thailand’s 2019 general election was unfair, lacking in transparency and far from a standardised election.

“The ECT [Election Commission of Thailand] could have improved the quality of the process by doing more to disseminate information on the polling procedures, which could have alleviated much of the public’s doubts regarding the process,” he said.