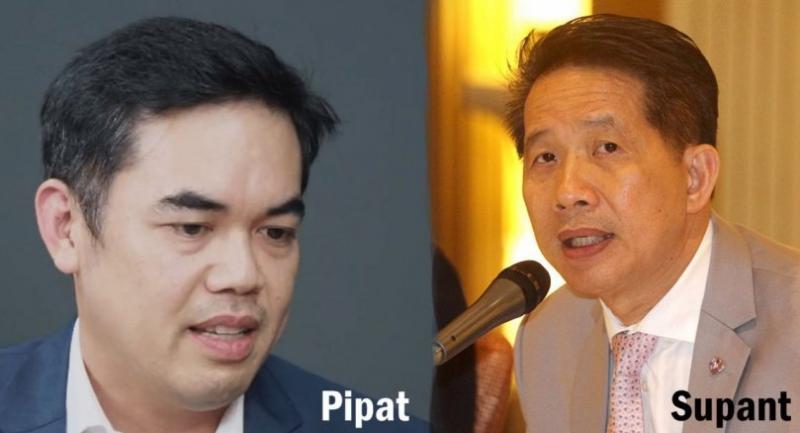 In a summit on the possible delay in forming a new government, Supant Mongkolsuthree, chairman of the Federation of Thai Industries (FTI), reckoned that ongoing investment projects would not be affected, though prospective investors may delay their decis

“There are two types of investors, those who have already invested and those looking to invest in Thailand,” Supant explained. “Ongoing investments projects would not be scrapped or delayed due to political uncertainty.”

He added that though the private sector is worried about political uncertainties, these worries have yet to translate into tangible losses.

“The only thing is, prospective investors may delay their investment plans and wait until the political situation in Thailand becomes more stable,” he said. “The other worrying factor is that even when the new government is formed, there is no certainty that things will be stable politically.”

Supant explained that since there is no clear election winner, the new government is likely to be unstable and may not survive the full term. This worry may also keep prospective investors away.

Though investments will be delayed, the projects currently being proposed to the Board of Investment (BOI) may increase in the upcoming months, the FTI chief said.

This is because investors can still apply for BOI tax incentives and wait until Thailand’s political landscape is stable before they actually move the money.

Also, he said, domestic consumption may take a hit in the upcoming months, though local spending has remained strong so far.

“Car sales have been performing well in recent months, which is a strong indicator that the manufacturing sector is doing well despite political uncertainty,” he stated.

Pipat Luengnaruemitchai, who serves as assistant managing director of research and analyst of financial institutions at Phatra Securities, said that since no single party has won a majority in Parliament, there is uncertainty because nobody knows which party will form the government or who will become prime minister.

“In the past, we would know immediately after the election what the government would look like,” |he said, adding that this time, no single party has enough seats to form a one-party government. The Election Commission (EC) has said it will announce the official results on May 9.

The other factor contributing to uncertainty is that of senators – who they will be and who will they vote in as the next PM – Pipat said. The list of new senators should be announced on May 12.

Meanwhile, the EC may also disqualify some MPs, leading to by-elections in some constituencies, plus the public may also want to scrutinise the commission.

“We may have to wait until the end of May to find out who will be forming the coalition government and who will be the prime minister. So, investors may also hold back their investment, while consumers may not spend on big items such as cars,” he said.

The new government will also find it difficult to keep the economy revving, as the global economy has been slowing down and growth in many major economies – Europe, US and China – has lost momentum, he said.

This uncertainty is affecting exports and tourism, as Thailand’s export sector has seen a contraction of about 4.5 per cent in the first two months of this year, he said.

On the consumer side, though spending did rise during the elections, it is not certain whether this will be sustained as the price of farm products have not risen much. Drought may also affect the consumption of low-income groups, he said.

However, Stanley Kang, chair of the Joint Foreign Chambers of Commerce, believes the delay in forming a new government will have limited impact.

“At least, Thailand has returned to an elected government,” he said, citing the positive impact that can be expected from an end to military rule.

He also said that foreign investors have experience in Thailand and are familiar with the political landscape here.

Everybody knows that the next government will be a coalition, he said, adding that he hoped the parties develop an understanding before allying to form a government. He said they would not achieve stability if they just rush to form an administration.

Kang added that he expects the new government to accelerate free-trade agreements with trading partners, such as Europe and the bloc under the Comprehensive and Progressive Agreement for Trans-Pacific Partnership. He also wants the new government to quickly implement the e-government project to facilitate trade and investment. He suggested that the government deregulate laws and regulations so it is easier to do business and the country’s competitiveness is boosted.