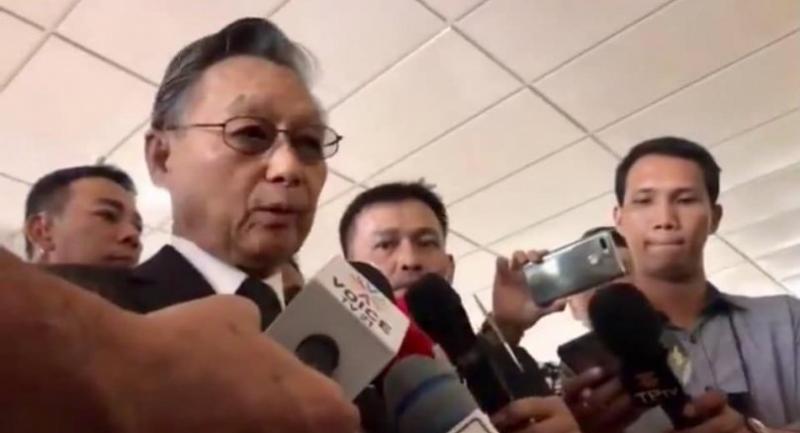 The Speaker of the House of Representatives Chuan Leekpai on Wednesday submitted a complaint to disqualify 30 MPs submitted by the Future Forward.

The MPs, mainly from the pro-junta Phalang Pracharat Party, had been accused of holding shares in a media company which is prohibited by the Constitution. If found guilty, the MPs could be disqualified.

Another complaint involving 11 additional MPs would be submitted later on Wednesday after rechecking the MPs’ signatures, Chuan said.

Future Forward had launched two petitions with the Speaker on June 4 and 6 involving 41 MPs.

The move could be seen as retaliation from Future Forward Party whose leader Thanathorn Juangroongruangkit had been accused of the same charge. His case is pending in the Constitutional Court and he had been suspended from the Parliament until the lawsuit was settled.

Meanwhile, Phalang Pracharat registrar and MP Vichien Chavalit whose 27 colleagues were among those named in the petition on Wednesday told the press that the party had already prepared to testify with the Constitutional Court on the case. Vichien said it was for the court to decide if the MPs should be suspended. But the party had already done a qualification check on all parliamentary candidates before the election, he added.