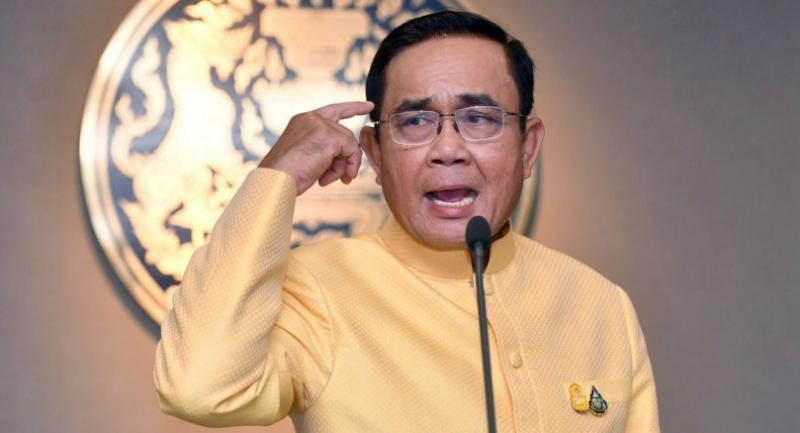 PRIME MINISTER General Prayut Chan-o-cha said yesterday that he would finish putting together his Cabinet by the end of this month but was yet to make a decision on whether he would take the post of defence minister.

A legal team is examining the names proposed by parties in the pro-junta coalition on whether they are qualified to serve in the Cabinet, he said.

Prayut’s statement yesterday on the new Cabinet came amid a brewing conflict within the coalition leader Phalang Pracharat Party whose MPs from the Northeast and southern constituencies are demanding their pound of flesh.

General Prayut is about to cut off his ties with the military when the ruling junta – the National Council for Peace and Order (NCPO) – makes way for the new cabinet. He is considering taking on the leadership of the Phalang Pracharat. A legal team is looking into possible risks for Prayut should the party face legal trouble that could lead to dissolution. “Take it easy, I have my legal team looking into this matter,” Prayut said in response to queries.

Prayut dismissed criticisms of his claims while taking power after the 2014 coup that he was not keen on parliamentary politics while some have expressed apprehensions of his ability to deal with politicians. “Well, I have been in this position for five years and managed to fix many problems to move the country forward,” Prayut told reporters. “What I have done over the past years are good and bad. I’m not born to be the premier but I have learned a lot.” The general claimed his government had done better than civilian governments. The junta chief said Thailand is now a democratic country, and hence he has to listen to all views and opinions, especially the new generation.

“I don’t blame anybody. This is a democratic world, the students can express their opinions about politics but they should focus on doing their duty rather than waste time talking too much about politics,” he said, referring to students’ political expression through pedestal trays when they paid respects to their teachers during Teacher’s Day last week.

Besides taking over the leadership of the Phalang Pracharat, observers believe Prayut would need to keep the Defence portfolio to secure the military’s support, as his mentor and comrade-in-arms Prawit Wongsuwan might not be able to take the position in the new cabinet due to his poor health.

“It would be wrong if I take two positions [PM and Defence]. I’m not worried about that since our military has strong discipline”, he said, declining to answer questions on whether Prawit would stay in the new cabinet.