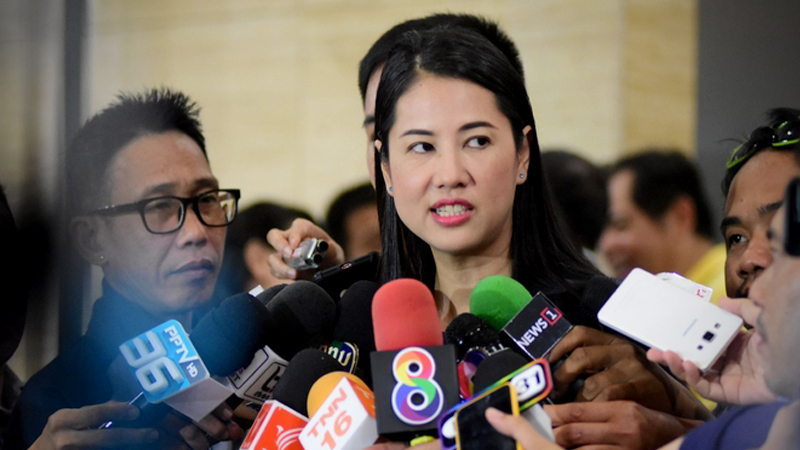 If it’s true that Ratchaburi MP Pareena Kraikup of the Phalang Pracharath Party cannot verify legal ownership a substantial amount of land in her province, she appears to be far from alone among elected politicians.

Ruangkrai suggested that Pareena may be trespassing on national forestland.

The matter has fuelled public debate over which state agencies should be determining the legitimacy of such land claims.

A 1998 Cabinet resolution allows forest dwellers to remain if they can prove they lived there prior to the area being designated a protected zone and that their continued presence poses no threat to the ecosystem.

Por Bor Tor 5 is essentially a receipt given to anyone who pays tax on land at a local administration office, but it has been widely used as proof of residency and ownership, especially in forestlands, where the facts are difficult to verify.

The NCAA last May released the lists of personal assets declared, as legally required, by victors in the March election who had just been sworn in as MPs. The lists showed five MPs registering land ownership based on the problematic Por Bor Tor 5.

Pareena reported 76 parcels of land in Ratchaburi with an estimated valued of Bt20.068 million, of which Por Bor Tor 5 were used as proof of ownership for 57 plots in Jombeung district, a combined area of 1,700 rai. She did not specify dates of acquisition.

NCAA officials will examine the properties on November 29 looking for possible discrepancies in her claims.

Her fellow Phalang Pracharath MP Pol Col Waipoj Arpornrat reported 13 properties, one of which – in Kamphaeng Phet’s Pangsilathong district, acquired in 2001 – carried Por Bor Tor 5 as proof of ownership. He gave its value as Bt100,000 while reporting, with his spouse, Bt19.52 million in assets and Bt7.42 million in debt.

Bhumjaithai Party MP Saritpong Kiewkong listed 24 parcels in Krabi together valued at Bt101.7 million, with ownership of two – 100 rai and Bt8.2 million each – based on Por Bor Tor 5.

Saritpong and his spouse reported Bt164.75 million in assets and Bt1.08 million in debt.

Bangkok MP Chotipipat Techasoponmanee of the Future Forward Party based his claim to one of three properties on Por Bor Tor 5. Acquired in 1998, it’s in Chaiyaphum province and covers more than 10 rai with an estimated value of Bt600,000.

Chonburi MP Sarawut Nuengchamnong, also of Phalang Pracharath, has two properties in Chanthaburi and Rayong backed by Por Bor Tor 5. Both were acquired in 2002 and were valued at Bt40 million and Bt30 million, respectively.

Sarawut and his spouse reported assets of Bt323.34 million and debts totalling Bt573,503.