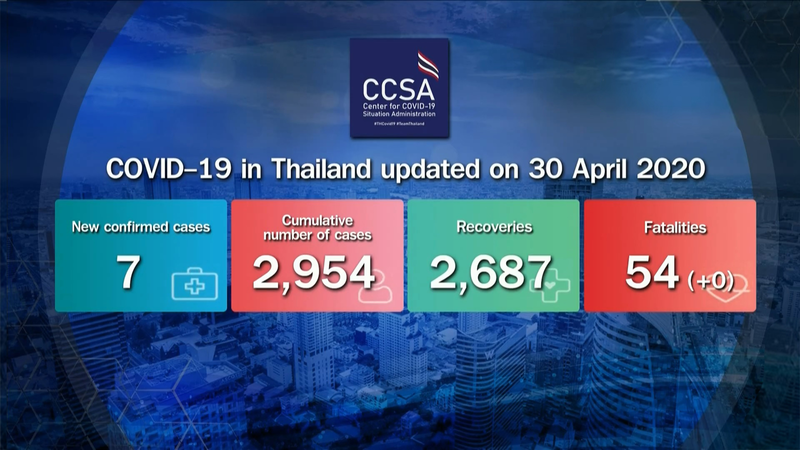 The total number of Covid-19 patients increased to 2,954.

The new cases can be divided into two groups.

The first group of four were found during proactive testing (three in Phuket and one in Krabi).

The second group of three had returned from Malaysia and are in state quarantine in Bangkok.

Globally, there have been more than 3.18 million confirmed cases and around 227,000 deaths

Dr Taweesin also revealed that the number of patients under investigation since March 1 totalled 62,018 people with a 4.75 per cent positive rate.