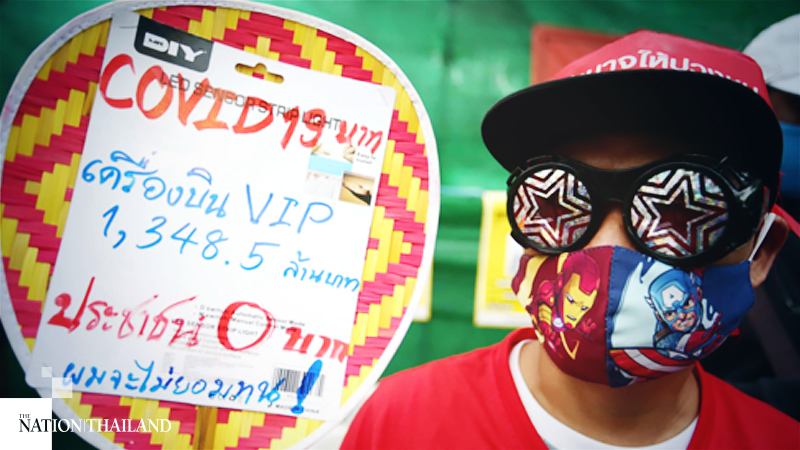 Youth groups across the country have voiced their intention to continue holding anti-government protests, while Prime Minister Prayut Chan-o-cha has said they may be violating the law.

“This should not be happening. I won’t make comments now, but the three demands [House dissolution, rewriting of the Constitution and an end to threats against the public for the military to hold on to power] will be proposed in the House and a committee established to handle it,” Prayut said.

Political organisations along with the Student Union of Thailand and the Democracy Restoration Group have set up schedules for protests in different provinces. The schedule has been posted on social media, so interested people can join. The schedules are as follows:

Northeast: Ratchadnusorn Park in Khon Kaen on July 23 from 5pm; the Thao Suranari Monument in Nakhon Ratchasima on July 29 from 5pm on July 29; the Fountain Roundabout in Udon Thani on July 24 from 5pm; Maha Sarakham University in Maha Sarakham province on Wednesday from 5pm; near the Palarnchai Swamp in Roi Et on August 2 at 5pm.

Central Region: Near Bueng Phra Ram in Ayutthaya on July 23 from 4pm; Sawan Park’s Gate 13 in Nakhon Sawan on July 29 from 5pm; in Ratchaburi on August 1 from 4pm; Bang Saen Walking Street in Chonburi province on Wednesday from 5pm; and Rangsit University in Bangkok on July 23 from 5pm.