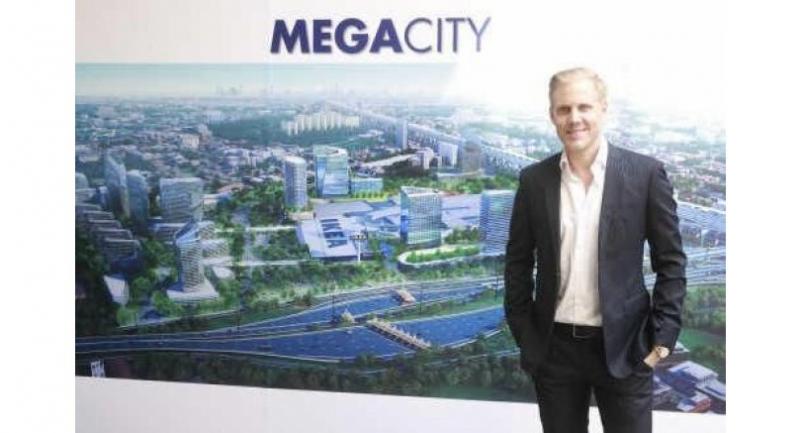 CHRISTIAN OLOFSSON, managing director of SF Development Co, operator of Megabangna shopping mall in Bangkok, has revealed his philosophy for how shopping centres in Thailand should be developed.

“We had strong belief in our concept from the very beginning because we know how well it works in other parts of the world with similar consumer demographics and purchasing power. But of course we knew it would take some time to convince retailers and shoppers of the benefits, because many had never experienced it before,” he said.

“Early on, we also had to conduct extensive customer studies and employed local specialists with extensive knowledge and understanding of the market conditions in Thailand.

“In collaboration with our internal knowledge and international specialists, we created a unique mix of Western shopping-centre practices and local flavour to arrive at the success that Megabangna is today and the foundation that we continue to build upon.”

Olofsson said that by introducing a new shopping-centre concept, highlighted by a well-designed and convenient mall on only two levels, the low-rise concept allowed for a more seamless and connected visit and exposure of all tenants in a more commercially attractive way.

Anchored by five large tenants that attract large numbers of customers, Megabangna was the first Bangkok shopping centre outside the central business district to host international fashion brands, flagship stores and trendy food concepts – bringing sophisticated retail to the suburbs for the first time, he said.

“Since its opening in 2012, Megabangna has attracted local and international retailers and an average of 3.5 million visits each month, with average customer growth of 10 per cent each year. We are determined to create a community for everyone in the family,” he said.

In preparation for the competition from new rival shopping centres on Bang Na-Trat Road, Olofsson said that first, the company believed that it had the most convenient layout among all large Thai shopping centres, and this would continue to be something difficult for competitors to replicate.

This strength is highlighted by spacious corridors, hassle-free shopping on only two levels, lots of daylight and bright interiors, and a great selection of shops, he said.

Second, the company has built its centre with a long-term approach, especially in the fields of operations, safety and security, and sustainability.

“We have very high safety and security standards compared [with other] local shopping centres. This is an area where awareness among the Thai consumer is still very low, but we hope to be a good example and set a new benchmark for retailers and shopping-centre developers in the region,” he said.

Third, the company has officially announced its Megacity mixed-use project, where 250,000 people per day will be able to live, work, shop and play.

The development, which will be realised over several phases, will add hotels, offices, residences and other components with an estimated total investment of Bt67 billion.

The project kicks off with a Bt2-billion retail expansion that will add 40 restaurants, 1,200 parking spaces and a large Tops food and wine supermarket to the Megabangna shopping mall. Construction has already begun and the extension is expected to open in December.

Olofsson said the biggest difference between Thai and Western shopping centres was the culture of “malling” in Thailand. People here go to shopping centres to escape from the heat and spend a whole day together; centres are therefore seamlessly integrated into people’s lives.

From young to middle-aged people, shopping centres are the second home for leisure and social meetings. This means they have to cater for many more venues, services and types of tenants than a shopping centre would in a city in Europe, for example. It is simply more than just shopping.

“The Bangkok retail scene is one of the most dynamic in the world,” Olofsson said. “Our customers are in constant change; they shop, relax, socialise and live their lives [at] a higher speed than ever before.

“To meet the challenges of today and the future, in being relevant for our target audience, we need to continuously monitor and adapt to the changing environment around us.”

The following trends are some of the major factors affecting the mall business today and in the future.

lChanging demographics: The population is getting older because of lower birth rates and higher life expectancy. The younger generations tend to get married later and become parents at an older age.

lGrowing middle class: This class is expected to grow significantly by 2020. The improved economy and higher purchasing power bring evolving lifestyles among the middle class. Leisure, hobbies and activities are growing in importance.

lConsumer power: People demand value for money and expect more for less. Despite the growing middle class, the consumer continues to be price-sensitive and hunts for bargains. Affordability remains important.

lUrbanisation: Migration from rural areas to cities continues. Catchment areas are narrowing because of competition and traffic. Time pressure increases, meaning higher demand for value and effective use of time.

lTechnology: Internet penetration and the boom of social media have changed the way people communicate. As e-commerce grows, online and offline presence becomes more important for retailers and shopping centres.

lBeing sustainable: The demand in our markets is only starting, primarily on a personal level among the middle class for a healthy life “for me and my family”. However, the demand is growing for businesses to take environmental and social responsibility seriously.