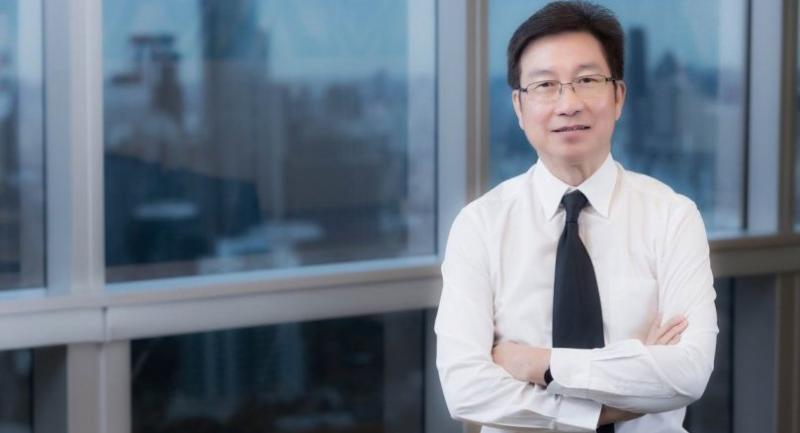 Naporn Sunthornchitcharoen, chairman of the board of directors at Land

LISTED PROPERTY firm Land & Houses Plc has set aside an investment budget of Bt13 billion this year to buy land for residential projects as well as for the development of commercial buildings – including retail and office space and hotels – in Pattaya and the Sukhumvit area of Bangkok.

Some Bt7 billion of the investment budget will be spent on acquiring sites for the development of residential projects in 2019, with the remaining Bt6 billion spent on developing commercial buildings, which will generate recurring income to the company, the company’s chairman of the board of directors, Naporn Sunthornchitcharoen, said at a press conference yesterday. He cited a planned hotel and retail project on a 30-rai plot in Pattaya and a mix-used project that combines a hotel, offices and retail space on Sukhumvit Soi 10.

Naporn said that up to 80 per cent of the investment would spent on developing the Pattaya project, with the rest being spent on the project in Sukhumvit Soi 10.

“The mixed-use project on Sukhumvit Soi 10 is worth more than Bt6 billion, but we need to spend funds to pay the rental for the land owners and for the design of the project. Most of the investment will be spent in 2019-20,” he said.

The company’s managing director, Adisorn Thananun-Narapool, said that with the aggressive investment programme, the company planned to issue a three-year debenture worth Bt14 billion this year, with an interest rate of not over 2.4 per cent.

After the issuance, the company’s debt-to-equity ratio will be 0.87:1 with its interest rate costs maintained at 2.35 per cent a year, Adisorn said.

The company plans to launch 18 residential projects worth Bt36.3 billion this year, with 16 of them in Bangkok and its suburban areas. The other two projects are in Chiang Mai and Ayudhya provinces.

The launches are expected to boost the company’s total presales to Bt31 billion this year, up 19 per cent from its presales target of Bt26 billion last year, Naporn said.

The company estimates its rental income this year will climb to Bt3.7 billion, up 19 per cent from last year, thanks to its initial success in buying new apartments in the US in November last year.

“We estimate our business will see strong growth this year, thanks to the country’s economic growth likely to come in no lower than 4 per cent this year,” Naporn said.

“This will drive property market growth of up to 10 per cent this year, improving from last year, when the market dropped about 14 per cent in terms of units compared with 2016.”

The company has five apartment buildings in Silicon Valley in the US, with a combined 1,000 units. They have an occupancy rate of over 90 per cent. The rental price has increased 7 per cent this year. This boost its rental income would contribute to strong growth this year, Adisorn said.

“We start our investment in the five years ago with an outlay US$12 million, but our investments have since increased to up to US$550 million there,” Adisorn said.

“They are generating high returns each year on our investment. For example, last year we sold one apartment building priced at US$18 million from our cost of US$12 million. This generated a return of up to 50 per cent within the five years that we bought the building.”