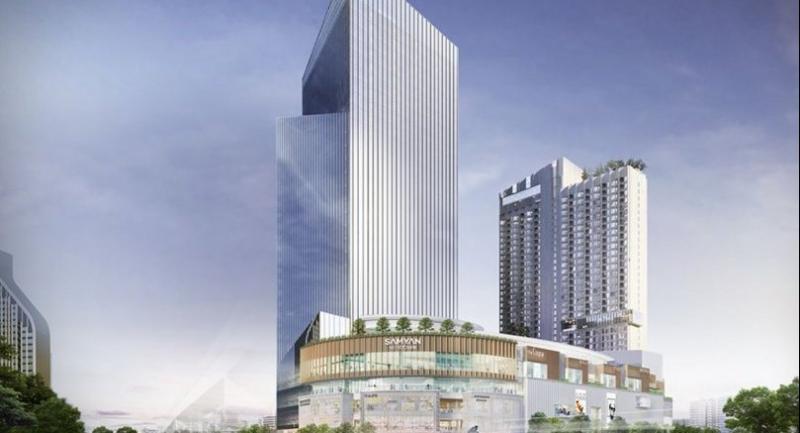 TCC ASSETS, the property arm of beverage tycoon Charoen Sirivadhanabhakdi's TCC Group, has budgeted Bt189.5 billion till 2025 for the development of residential, office, hotel, and retail projects in Bangkok, with up to Bt154.5 billion earmarked for Rama IV road and its surrounding areas, according to a survey by The Nation.

Topping the list is “One Bangkok,” a Bt120-billion mixed-use project of office buildings, a luxury hotel, residential units and retail outlets on a 104-rai (16.6-hectare) plot on Rama IV road, leased from the Crown Property Bureau (CPB). Construction has started and scheduled for completion in 2025.

“Samyan Mitrtown,” to be developed by subsidiaries Golden Land Property Development Plc and Kasemsubbhakdi Co Ltd, is another mixed-use complex on the list. The Bt8.5-billion project will be completed by the end of next year.

The group will also invest Bt6 billion in the renovation of Queen Sirikij National Convention Centre, having renewed the 50-year lease with the government.

Meanwhile, a subsidiary of TCC Assets won a bid for a 35-rai plot, located close to the Queen Sirikit National Convention Centre and owned by the Crown Property Bureau, within the Thepprathan community in Klong Toei.

The site was acquired in 2014 under a 30-year lease, renewable for another 30 years. The contract also stipulates a grace period of nine years on development.

The PARQ, a mixed-use project housing a hotel, retail outlets and office buildings is being developed on the plot at an investment cost of Bt20 billion. Located on the opposite side of the TCC's FYI Centre on Rama IV Ratchadaphisek Road, it has 320,000 square metres in total space.

Construction of these projects will be completed by 2025.

The group's property firms, including Univentures Plc, Golden Land Property Development Plc, are currently active in the development of office, hotel, and retail projects around Rama IV road, worth more than Bt50 billion.

The FYI Centre, a Bt5-billion development, was completed and opened for occupations in the last quarter of 2017. Others include Athenee Tower on Wireless road, off Rama IV road, as well as 208 Wireless, Park Ventures, Golden Land Tower, and Empire Tower on Sathorn road.

Group CEO of Frasers Property Limited Panote Sirivadhanabhakdi said the group is expanding its investments in new projects on Rama IV road and its surrounding areas, seeing the potential of a new landmark in Bangkok.

“Our vision is to create an area, an integral part of the city that people like to spend time in. Once completed, it will be a new landmark in Bangkok to enhance the image of Thailand on the world stage,” Charoen Sirivadhanabhakdi, Chairman of TCC Group said.

Univentures Plc has set an investment budget of Bt16 billion for land purchases and development of residential and office buildings in Bangkok, the company’s president Worawat Srisa-an said.

Another Bt6 billion will be invested in expanding its shopping centre, Asiatique the Riverfront Charoen Kung, on a 20-rai (3.2 hectares) plot, with completion scheduled for 2020.

A Bt4.5-billion budget was set for the development of shopping centres under the Gateway brand, including Bt2.5 billion allocated for a project in Bang Sue and Bt2 billion for another in Thon Buri. Both will open next year, Napat said.

The company will renovate its shopping centres, Pantip and Gateway Ekamai, Napat added.