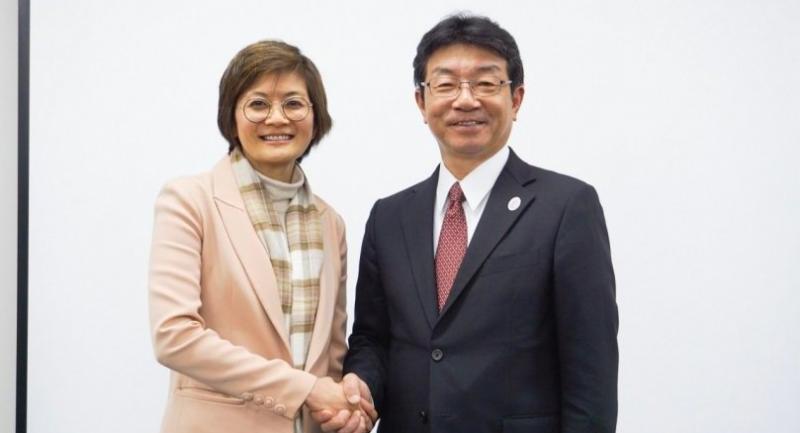 SENA Development Plc is joining with its Japanese partner Hankyu Hanshin Properties to develop 11 property projects worth more than Bt35 billion in Thailand next year.

Under the collaboration, they also would later provide property projects that cater to the needs of the elderly.

Tsuneo Wakabayashi, president of Hankyu Hanshin Properties Corporation, said that Thailand has the potential for high growth for property projects, prompting the firm to join with Sena Development two years ago.

This year, the partners set out to develop seven real estate projects with a value of around Bt23 billion. For the 11 projects planned next year, some Bt2 billion will be spent; some of the projects will be for offices.

“Apart from the businesses in Japan, Hankyu Hanshin Holding Group has been seeking opportunities to invest abroad, particularly in Southeast Asian countries such as Thailand due to their sustained GDP growth rates and high growth potential,” said Wakabayashi.

“Accordingly, the group began implementing its foreign investment scheme in 2015, starting with a warehouse business in Singapore, followed by real estate and transportation businesses in Indonesia and real estate businesses in Vietnam, Thailand, Malaysia, and Philippines. These investments are collectively worth Bt6 billion per year, 25 per cent of which are in Thailand due to the relatively high return and revenue.”

Wakabayashi said that the company’s expertise in these areas is reflected by the results from Niche Mono Sukhumvit-Bearing, the first real estate project under partnership between the two companies (Sena Hankyu Co Ltd). The project is worth Bt3.4 billion, with 80 per cent per cent of the units already having been reserved after the grand opening at the end of last year. The second real estate project under this partnership is Niche Pride Taopoon-Interchange, which is worth Bt3.4 billion, with 70 per cent of the units sold.

The most recent project under the partnership between Sena and Hankyu is its first luxury condominium project, worth Bt5 billion.

This is on Ekkamai Road, which is popular among foreigners.

“This collaboration further accentuates Hankyu’s confidence in the professionalism of Sena Development and the Thai economy, whereby the company is preparing to make an additional investment of no less than Bt3 billion per year,” Wakabayashi said. “With reference to public sector information, the Thai population will reach its peak in 2031 or in the next 13 years. For that reason, it is anticipated that the demand for property will continue to increase substantially, thus making the Thai real estate market promising for this collaboration.”

He said that the firm at a later stage plans to work with Sena Development to develop projects designed for the elderly.

The firm has invested in five countries in South East Asia: Vietnam, Indonesia, Thailand, Philippine and Malaysia. It plans to expand its business base to Taiwan in the near future.

Kedsara Tanyalakpak, vice president of Sena Development, said that Hankyu Hanshin Holding Group’s confidence in Sena not only brings pride to the company, but conveys the company’s leadership in the real estate market.

"This partnership between Hankyu and Sena primarily stems from Hankyu’s perception of the potential of the Thai real estate market and the capacity of Sena, which exhibits expertise in real estate development that can perfectly correspond to the needs of customers," said Kedsara.