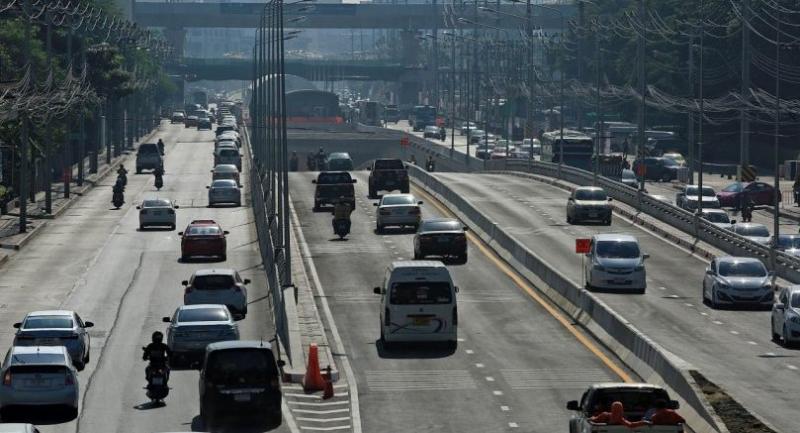 Ratchadapisek road: a popular destination with buyers from China. Demand has dropped slightly since the US-China trade war.

THE PROPERTY market this year will be affected by five key factors – a rising interest rate, a Bank of Thailand measure to restrict access to mortgage loans for second and third homes, a strong baht, the impact on exports caused by the trade war between the US and China, and the upcoming election – say property experts.

“Market growth this year may be flat or contract when compared with last year,” said Anant Asavabhokhin, a former chief executive of Land and Houses Plc.

“Purchase demand for residences may decline from both overseas customers and domestic investors and speculators if the BOT’s measures that takes effect on April 1 have a direct impact on the market,” he said.

Meanwhile, the rise in the interest rate, combined with slowing in the growth of the country’s economy this year, will impact purchasing power and hence domestic demand for residential projects, he said.

Real demand for residential homes will stay but demand from both investors and speculators – that normally average about 10 per cent of total market demand – will drop when the BOT’s measures come into effect, Anant said.

As property demand remains stable or drops in comparison to last year, property firms may considering downsizing to serve the slightly smaller market in 2019.

“The slight drop in market size is not expected to cause hard times for the property sector, as was experienced in 1997,” he said. The sector’s melt-down 22 years ago forced a financial crisis on the country.

However, it will affect the property firms which have expanded their investments over the last five years as they may have to lay off staff to match the smaller size of their business,” Anant added.

Business Housing Association president Atip Bichanond forecasts that the property market this year will be almost the same as last year. However there are also new factors that will affect demand for homes, such as the rising interest rate, signs that the country’s economic growth will dip below 4 per cent and the BOT’s measures.

As well, the upcoming election will impact both property developers and homebuyers, he said. They will have to make evaluate whether to develop their projects against a lack of information about the new government, outcome of the election and possible changes in the investment policy for the country’s infrastructure development, he cited.

There are also concerns about whether a new government would change policies or create new laws affecting the property sector. The Land and Building Act is to come into effect in the year 2020, and the Windfall Tax is waiting for the National Legislative Assembly to consider, for example. Policy moves will affect what property developers do regarding their residential projects, Atip said.

Meanwhile, the US-China trade war and the strong baht have also dampened the demand for residential units in Thailand, especially for condominium projects and luxury properties in Bangkok and its suburban areas as well as tourist destinations, say property experts.

“China was a major source of homebuyers who had expanded their investments in residential projects in Bangkok since 2016. Up to 40 per cent of our customers buying condominiums at Ratchadapisek road, Rama 9 and Pattanakarn were from China. However, the market has now dropped nearly by half from 40 per cent in the last three years to just 20 per cent,” Pruksa Real Estate Plc’s chief executive officer of value market, Piya Prayong, said recently.

“Customers from China delay making their buying decision when the yuan currency is weak compared with the US dollar and the baht.”

A survey by property agency Nexus Property Marketing, found that up to 20 per cent of buyers of condominium units in Bangkok and the suburbs were foreigners, and up to 80 per cent of them were from mainland China.

“Purchases by customers from China for condominium projects in Bangkok have dropped by up to 20 per cent. However, we are confident that they will return to the market in the middle of this year, when the result of the trade war between China and the US becomes clear,” she said.

Meanwhile, increase in the baht strength from an average Bt33 per USD to Bt32 and Bt31.5, also affect demand from other foreign buyers,according to a property expert who asked not to be named.

“The strong baht makes Thai properties expensive compared to the recent past, and that may impact on foreign buyers’ decision,” he said.

Following the market trend, property developers plan to revise down the launches of new residential projects this year with the total expected to be the same or lower than lst year.

For example, Pruksa Real Estate Plc has announced that it may launch fewer projects this year and the plan will be finalised in the next two weeks.

“We may revise down our new residential project launches this year, with 60 projects compared to 70 projects last year if we see a drop in market demand,” Pruksa Real Estate Plc’s chief executive officer for premium market, Prasert Taedullayasatit, said recently.

“We will drive sales of our existing projects, numbering 100, as they continue through the selling process.”

Lalin Property Plc has announced a plan to launch eight to 10 residential projects this year, with the focus on single-detached houses and townhouses at prices between Bt2 million and Bt6 million per unit.

The company will delay the launches of luxury residential and condominium projects until they see a slight growth in demand.

“We will drive sales of our existing projects, to boost the total of presale value to Bt5.3 billion and revenue of Bt4.65 billion at the end of this year, up 15 per cent from last year,” Lalin Property Plc’s chief executive officer, Chaiyan Chakarakul, said recently.

“We believe developers will have a hard time this year, given the negative factors affecting the purchasing power of homebuyers. Property firms must rejig their business models with a long-term focus,” said AP (Thailand) Plc’s chief executive officer, Anupong Asavabhokhin.

However, he remains confident that the market will still post a 5-per cent growth this year, given the strong demand for residential units priced between Bt5 and Bt10 million.

This segment will not be badly impacted by the central bank’s measures on mortgage loans – as opposed to speculators and the second-home market. Yet, the number of residential project launches this year will be lower than last year's when the company boasted its highest in record, he said.

“We have enough projects for sale this year – both new and existing ones," he concluded.