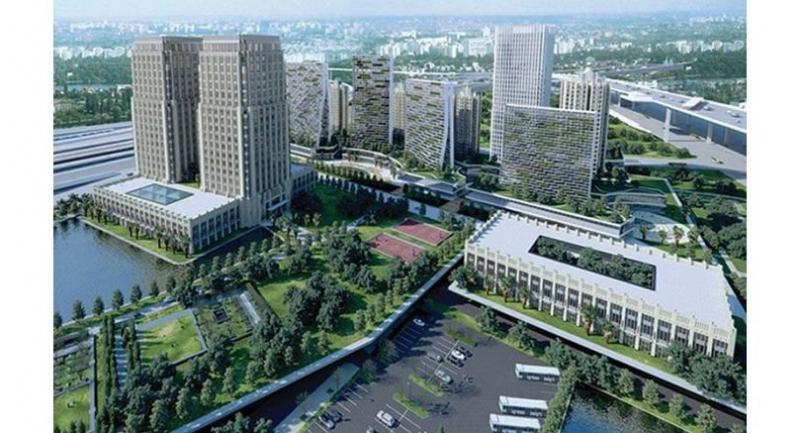 The State Railway of Thailand’s project at Bang Sue is spearheading a massive transport, residential, commercial development that will forever change the station’s district and north Bangkok

The Bang SueTao Poon location has become the latest destination for residential property developers in view of the State Railway of Thailand’s (SRT) master plan to develop the Bang Sue Grand Station into a mixed-use complex.

Private sector bids will be called to turn the 2,325-rai (372-hectare) site into a new residential/commercial/transportation hub in Bangkok.

A survey by the Real Estate Information Centre of the Government Housing Bank found that land prices in the area increased 38.5 per cent in the first quarter from the same period last year, due mainly to developers acquiring land around the location.

Land prices in the area show higher growth than other locations. For example, land costs in Hua Kwang-Chatuchak-Din Daeng rose 30.2 per cent in the first quarter from the same period last year, while a 24.3 per cent increase was recorded on Sukhumvit road and Nonthaburi-Pak Kerd saw an increase of 16.3 per cent. Also, a 12.9 per cent rise was reported in the price of land alongside the Airport link route from the first quarter of last year.

The location will also become a new business centre in Bangkok, especially since it connected the MRT Blue Line at Bang Sue station with the Purple Line at Tao Poon station at the end of 2017.

The link boosted the attractiveness of the residential area in Bang Sue-Tao Poon, which will be further augmented with plans to develop over 300 rai (48 hectares) of land around the station with a transit-oriented development of mixed-use projects, the report said.

In terms of condominium development in Bang Sue-Tao Poon, there were 30,200 units in the total accumulated supply with an accumulated takeup rate of 90 per cent from 2009 to the end of 2017.

The current average selling price per square metre for grade-A condominiums in the area stands at Bt117,000 per square metre, with the highest at Bt134,000, according to the research.

Meanwhile, the Transport Ministry estimates the cost for infrastructure development at Bt150 billion under the master plan (2019-2024) for Bang Sue Grand Central Station.

Funds from the private sector would flow into projects ranging from commercial buildings, a sports complex, and an international exhibition centre to residential estates, said Transport Minister Arkhom Termpittayapaisith.

Development of the 2,325-rai site will be split into three phases. In the first phase, Bang Sue Grand Central Station and commercial, office buildings will be integrated with the transport system from 2017 to 2024.

Then a centre will emerge to serve the meetings, incentives, conferences and exhibition (MICE) sector, a sports complex, as well as retail, office and residential projects around the station from 2024 to 2029.

Under the third phase, more housing projects will be built from 2029 to 2031.  All structures will come under the theme of Smart City and Green Complex.

The master plan, drafted by the Transport Ministry and its Japanese adviser, will see the Bang Sue Grand Station area becoming the next central business district (CBD) in Bangkok, rivalling Sukhumvit and Silom. The station will be a key link in Bangkok’s mass transit system, serving all existing rail systems (BTS Skytrain, the MRT, and the Airport Rail Link) as well as the 10 planned rail networks and three high-speed routes – Bangkok-Nong Khai, Bangkok-Chiang Mai, and the high-speed service linking Suvarnabhumi, Don Mueang, and U-Tapao international airports.

l Zone A will house a 32-rai Smart Business Complex;

l Zone B will be the site of an Asean Commercial Business Hub, incorporating retail and office space;

l Zone C will see the development of the meetings, incentive travel, conventions, exhibitions or MICE Super Arena and Exhibition centre and the sport complex;

l Zone E will be for public and state agency offices;

l Zone F will host a shopping mall; and

l Zone G will be a residential area covering 360 rai.

The Smart Business Complex in Zone A will be the first project to open for private-sector bidding. SRT will set the terms of reference (TOR) and invite private sector bids by the end of this year.

Meanwhile, a survey by The Nation found 15 condominium projects have been launched in Bang Sue-Tao Poon area, offering a total of 15,566 units worth Bt34 billion and priced between Bt2 million and more than Bt4 million per unit.

Among these project is the Chiwathai Residence Bang Pho by Chewathai Plc. It has 172 units, priced between Bt4.19 million and Bt4.6 million per unit, of which 70 per cent have been sold.

Others include the U Delight Bang Sue Station by Grand Unity Development Co Ltd. All 645 units of the project have been taken up.

The 1,319-unit Metro Sky Prachachun by Property Perfect Plc is another development recently launched in the area. Priced from Bt1.9 million to Bt2.6 million per unit, 70 per cent of the project has been sold.

“Most of these projects have been successful, thanks to the development plan of the Bang Sue Grand Central Station,” said Knight Frank Thailand’s managing director Phanom Kanjanathiemthao.