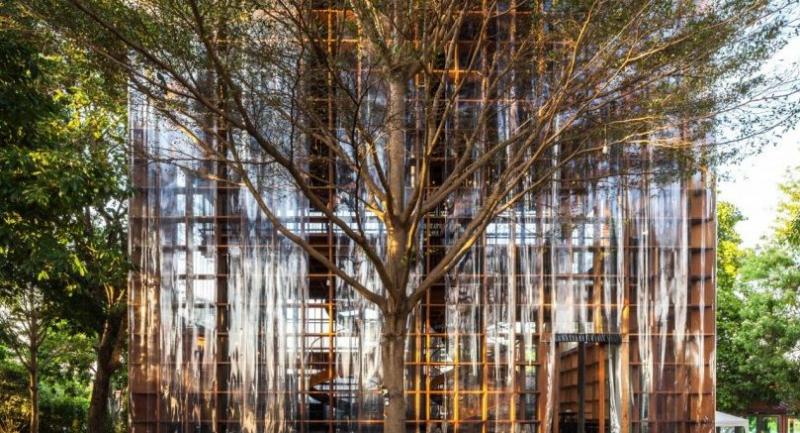 WHEN designing a building, it must be ensured that is a part of the community and environment. This is the way to improve the quality of life of people who reside around the building, Boonserm Premthada, a lecturer in the Department of Interior Architecture at Chulalongkorn University’s Faculty of Architecture, said in a recent interview with The Nation.

Most architects and property developers are these days concerned about the environment and the community when designing a building, said Boonserm.

And that is the right approach, he said, because a building can change a community for the better when the project is designed to match both the community and its environment.

“When I think about how to design a [specific] building for a public area, I seek to learn what the community needs. Then I will set out to design a work of architecture that meets the functional requirements of those people, while also achieving an appealing design that encourages people to visit the building and the community. This can form part of the efforts to create a new economy for such communities,” Boonserm said.

He pointed to the Elephant World project in Surin province, which was among the projects he presented to the Royal Academy of Arts in the UK. For that design, he spent a year first learning about the lifestyle of the people who live with the elephants, and then about elephant behaviour. Only then did he design the landscape and the building to serve both the lifestyle of the people who work with elephants and the lives of the elephants themselves.

Meanwhile, he also designed the buildings around the project as a landmark for all tourists who visit. This was the way to advance ecotourism in the community, while also improving the quality of life for those who live around the community by creating jobs that would serve the tourists expected to visit the attraction when the project was completed. (This project remains under construction with an expected completion date in 2020.)

“In my view, architecture has to be for the community’s benefit, especially for projects that can become an area landmark to boost tourism. This is the type of challenge that all architects should seek to rise to,” he said.

Boonserm also designed the Ban Chang Town Hall in Ban Chang district of Rayong province. That project won a major Asia-wide honour as an Acknowledgement Prize at the Fifth LafargeHolcim Awards Asia-Pacific 2017. The building was envisaged as a town hall to be used by all members of the community to discuss issues of importance to them, such as the environment and community needs.

Yet a building’s design has to be eye-catching enough to inspire visitors to make return trips, he said.

“I believe that when we design a building in such a way to serve as an inspiration, then this creates a feeling in people that makes them want to keep coming back to it,” Boonserm said, adding that the town hall would become a local tourism landmark.

Boonserm added that concept designs for a public area or a residential and commercial area at this time must change to be concerned foremost about the community and the environment. By designing the building through the lens of community and environment, the result will be a landmark for community and would also create relationships between the building owner and the people in the surrounding community.

The result will be an improved quality of life and sustainable living for the long term.