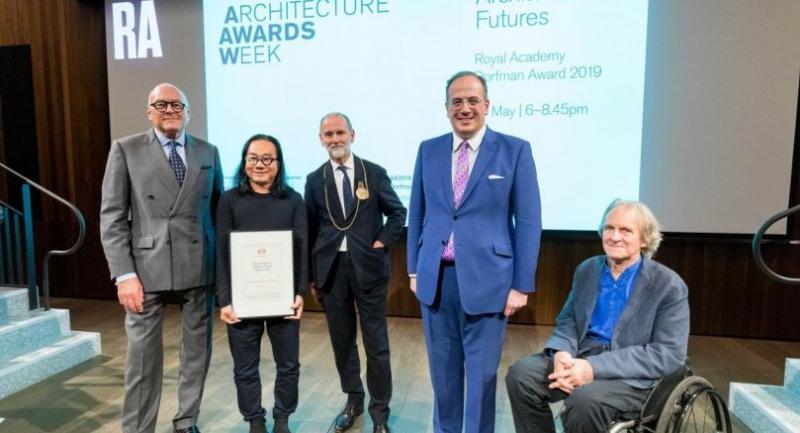 BOONSERM PREMTHADA, founder of the architectural Bangkok Project Studio practice in 2003, is the first Thai architect to win the Royal Academy Dorfman Award, which was presented as part of the second annual Royal Academy Architecture Awards Week held May 13-17 in the UK.

Boonserm was one of four finalists, the others being Fernanda Canales (Mexico), Alice Casey and Cian Deegan, TAKA (Ireland), and Mariam Kamara, Atelier Masomi (Niger).

Boonserm’s work impressed the jury with its “extraordinary empathy, originality and poetic qualities.”

Lloyd Dorfman, a trustee of the Royal Academy Development Trust, entrepreneur and philanthropist, said, “We are excited to see how [Boonserm’s] work develops, in particular how he can apply his inimitable approach to the challenges of urban environments.

“As a foundation, we wanted to help re-assert the prominence of architecture at the Royal Academy, drawing inspiration from its original vision 250 years ago, along with supporting the plethora of exciting emerging global talent,” said Dorfman.

“The finalists, coming from four different continents, reflected the international nature of the awards. We are pleased that they are generating interest all over the world, and now … look forward to this continuing as they move towards their third year in 2020,” Dorfman said.

“We believe in fostering architectural talent, enhancing discourse across the world and building greater awareness and knowledge of the role architects are playing in shaping our environments,” Goodwin said.

Boonserm said that he did not know who nominated him for the award. But it highlights that Thai architects have the design and qualities to meet the global standard, especially regarding design that is concerned about its use to match with the surrounding community and environment, he said.