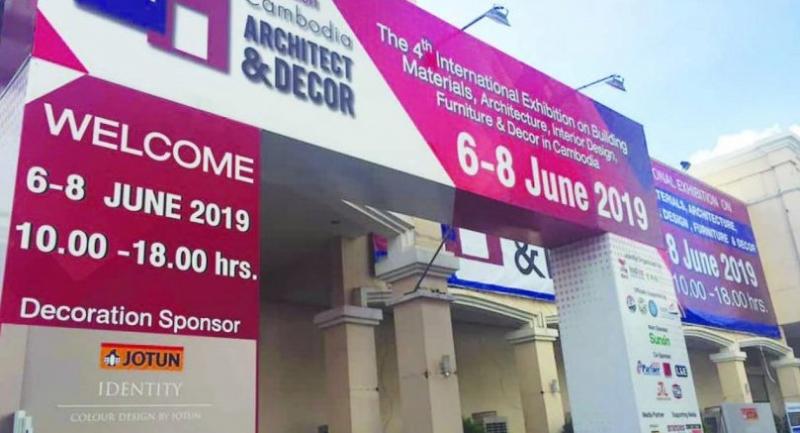 China-dominant investment in property spreads across the region, transforming  the look and affordability of Cities.

Land and residential prices in Asean countries have been rising as investors from China expand their purchase of property in the region.

For example, the price of land in Cambodia has been increasing by up to 20 per cent a year since 2017, with residential and commercial prices in the country boosted by over 10 per cent a year from 2017 until now, Jirawuth Suwannaarj, the director and minister counsellor (commercial) of Cambodia’s International Trade Promotion Department of the Commerce Ministry, said in a recent interview with The Nation.

He added that investors from China made property and construction sector investments in Cambodia worth US$315 million (Bt9.7 billion) in the first four months of this year. Some 226 China-based construction firms had registered by April 30, 2019 to do business in Cambodia, followed by Vietnam with 26 registered companies and Thailand with 14.

In Thailand, the number of Chinese buyers of condominiums jumped dramatically over the last two years, with some developers reporting that up to 50 per cent of their condominium sales were to foreigners, mainly Chinese purchasers. Developers are now reporting that they have sold out the 49 per cent foreign quota in some condominium buildings, a situation that has rarely happened in the past, according to the latest research by CBRE property agency firm.

“China will continue to be a growing source of demand for Thai propฌerty, but that demand may be volatile and fluctuate based on sentiment and vary from sector to sector. Chinese direct investment in property development through joint ventures is also likely to increase,” said James Pitchon, the head of research and consulting for CBRE Thailand.

China still accounts for the largest source of foreign capital for real estate markets in the Asia Pacific Region, and the slowdown in capital deployment is likely to be the start of a new chapter rather than the end of the story of Chinese investment in overseas real estate. According to LPN Development Plc’s chief executive officer and managing director, Opas Sripayak, the demand for condominiums among investors from China have boosted condominium price increased by over 10 per cent between 2017 and now.

The investment has also boosted land prices in central business districts by between 5 and 10 per cent per year, Opas said.

“Demand from Chinese customers changed the business model of the property sector in the country from 2017 until now. It has also had an affect on residential prices in some locations, which are now higher than the purchasing power of domestic customers. [Local people] cannot buy residential in the central business district when the price is above what they are able to pay,” he said.

Following strong demand for condominium projects in the past year, which set national records for both sales value and the number of units, there is now a boost to land and residential prices as they rise up to 10 per cent a year to meet the continuing strong demand from Chinese buyers, he said.

The Myanmar Investment Committee (MIC) permitted 109 foreign investments as of February in the present fiscal year 2018-2019 (which began in October last year), according to the Directorate of Investment and Company Administration (DICA).

US$1.2 billion in FDI flowed into the country’s real estate sector in the fiscal year 20172018, trailing only the $1.7 billion that went into manufacturing in the same period, according to a DICA report. Singapore and China were the largest investors in Myanmar, pumping $2.1 billion and $1.3 billion, respectively, or more than 60 per cent of approved FDI, reported Colliers.

The strong investment in Myanmar’s property sector also boosted the rise in the country’s land and residential prices, the property agency said. Vietnam’s foreign direct investment (FDI) in the first four months of this year recorded over $7.4 billion, witnessing a year-on-year rise of 28.6 per cent, according to recent reports from the country’s Foreign Investment Agency. Of the fresh FDI of more than $5.3 billion, 74.1 per cent was poured into the processing and manufacturing sector, 9.9 per cent into the real estate trading sector, and 16 per cent into others.

China was the biggest investor among the 51 countries to expand their investment in Vietnam. Investments from China reached above $1.3 billion and accounted for 24.6 per cent of the total registered capital, followed by Singapore with US$699.7 million, noted the agency under the Ministry of Planning and Investment said, adding that Vietnam licensed 187 Chineseinvested projects in the period.

According to the latest research survey by Knight Frank, the direct investment in the property sector in Asia Pacific reached $90 billion worth of capital and beat Europe ($83 billion) and North America ($80.9 billion) as the largest source of cross-border real estate capital in 2017.

“The increase of cross-border capital emanating from the Asia Pacific region demonstrates the growing confidence and comfort of many different types of investors in this region [who are] sourcing and executing on opportunities outside their home jurisdictions,” Knight Frank Asia Pacific research head Nicholas Holt said.