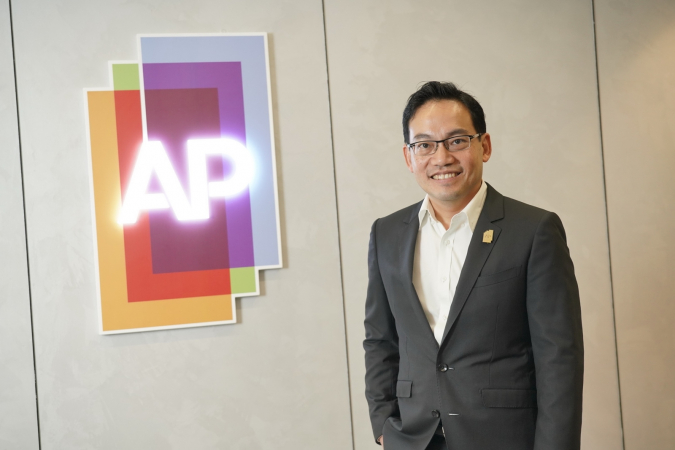 Listed property firm AP (Thailand) has announced total presales of Bt20.8 billion, almost half of its projected Bt41.8 billion as it moves steadily towards its end-of-year target.

The company has plans to stay active in the market for both low-rise and high-rise developments and remains committed to meeting homebuyer’s needs and enhancing quality of life. A total of 23 new projects worth Bt27.265 billion are being planned and will cover the needs of customers in all market segments. Twelve of these are townhomes worth Bt9.25 billion, 10 are single detached houses worth Bt11.715 billion and the other is a condominium project worth B 6.3 billion.

The highlight will be the launch of a new brand called The Sonne Srinakarin – Bangna to fill a gap in the luxury portfolio as well as the return of condominiums under the brand Life Sathorn Sierra, which is tipped to be Thailand’s first model for the development of condominiums in tandem with drawing a blue print for sustainable living.

The firm is confident of closing 2019 meeting its projected presales, he said.

“Despite the many factors that shaped the real estate industry in the first half of the year such as the slowdown in the world economy or the domestic control measures that affected the business atmosphere, we believe there is still a demand from customers looking for a residence. It is just that demand is more specific. This means that the location, the house model and the price package must be absolutely right to warrant a buying decision,” he said.

“For the real estate industry in the second half of the year, we believe that every developer is remaining alert and watching the situation closely. The main factor that will stimulate public confidence and buying and selling is clarity in the political situation. In particular, we will see a clearer future after the new government and its economic team is formed. The industry is expected to benefit from the new government’s economic stimulus plan which should help get national economic growth back on track again,” Vittakarn said.

As at June 30, the company had a backlog valued at Bt57.31 billion, of which low-rise developments account for Bt10.13 billion. All are expected to be realized within this year. Condominiums (joint ventures included), account for Bt47.18 billion, Bt5.65 billion of them AP-wholly owned projects and Bt2.604 billion of them will be realised this year, Of the Bt42.53 billion worth of joint venture projects, Bt5.505 billion will be realised this year and remainder through to 2023.

In summary, the company has 40 new projects worth around Bt58.05 billion.