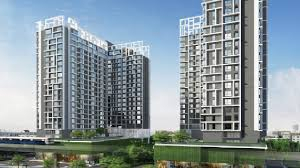 Listed property firm Ananda Development Plc has announced presales of Bt6.1 billion for the second quarter of this year, marking a 27 per cent jump from the first quarter, thanks to strong demand for condominiums near mass transit routes.

For the first half, the presales came in at Bt10.91 billion, the developer’s chief financial officer, Chaiyuth Chunnahacha, said on Thursday.

Although the company had a successful second quarter, it is reviewing the prospects for business in the rest of this year amid an uncertain outlook in the face of a slowing economy, Chaiyuth said. The company also has to contend with the effects of a reduction in the loan-to-valuation ratio requirement for prospective home buyers. With these pressures, the company is revising its project launch schedule for the remainder of 2019, Chaiyuth said.

Early this year, the company said it planned to launch 10 residential projects worth Bt38 billion in 2019. However, the company launched just three projects in the first half of this year.