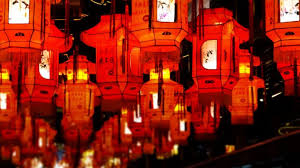 Real estate transaction volumes in the Asia Pacific region hit US$86 billion in the first half of 2019, a report finds.

With Asia Pacific being the only region to record a year-on-year increase of 6 per cent globally, the Global Capital Flows report from JLL reveals that the region’s momentum is likely to moderate over the rest of the year, while investment levels are projected to reach a new full-year high in 2019.

“Due to the tightening of yields in core markets across the globe, particularly in Europe and US, investors are made to look beyond their domestic markets in search of higher returns,” said Stuart Crow, CEO of Capital Markets Asia Pacific for JLL. “Joint venture and consortium structures continue to increase in popularity for large deals across the region as investors seek to go more direct and see the benefit in partnering with long-term like-minded groups.”

In the latest US$1.17 billion sale of DUO Tower and DUO Galleria, JLL acted as exclusive adviser on behalf of the seller M+S Pte. Ltd. Allianz Real Estate and Gaw Capital partnered to acquire this iconic Grade-A office and retail asset which is located in the downtown Bugis area of Singapore.

Crow adds: “This deal reflects the strength of the region in attracting international insurance capital. In the next six to nine months, we’re confident that demand from insurance funds will continue to rise and lift market sentiment.”

According to JLL, property investment in Singapore nearly doubled in the first half of this year after a relatively subdued 2018. Driven in part by large-scale transactions, the office sector continues to account for the largest share of investment with nearly US$4.6 billion in acquisitions so far this year, and are likely to reach a new decade high in 2019. This compares to US$3 billion transacted in 2018 and US$4.7 billion in 2017 respectively.

“Singapore’s office sector has become a favoured investment destination over the last 12 months, largely supported by the market’s very favourable demand-supply dynamics and a benign interest rate outlook,” says Chris Fossick, head of Southeast Asia for JLL. “A big draw for investors is also its rising office rents. Singapore’s prime office rents are expected to continue growing over the next few years, backed by robust demand for the technology, professional services and financial services sectors.”

Another example of the spike in interest can be seen with the US$478 million sale by JLL of 71 Robinson Road, a 15-storey office block in Singapore’s CBD, to SV Robinson investment company. Other core funds that have recently sought to take advantage of the city’s long term growth prospects by investing in partial stakes in prime Grade-A buildings include Ocean Financial Centre - Allianz took a 20 per cent stake - and Frasers Tower, in which NPS took a 50 per cent stake.

In June, Chevron House – a 32-storey office and retail building in the heart of the central business district – was sold to U.S. real estate fund AEW for US$750 million, a 35 per cent increase on capital value from when it was purchased in 2017.