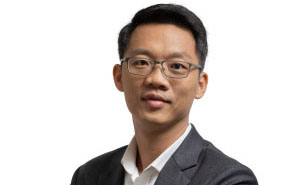 Despite setbacks in the second quarter, listed property firm Supalai Plc is implementing its plans to launch 21 residential projects worth Bt20.24 billion in the second half of this year to boost its presales to achieve its Bt35 billion target.

The developer’s total revenue was Bt4.47 billion for the year’s second quarter, a 30-per-cent drop 30 per cent from the Bt6.44 billion achieved in the same period of last year, according to the company reports to the Stock Exchange of Thailand on Wednesday.

In addition, the Bank of Thailand announced the criteria to supervise housing loans by adjusting the maximum loan-to-value (LTV) ratio, which was put into effect from April 1, 2019 onwards. It affected some customers’ transfer of ownership in this first quarter.

“We believed that our sales and revenue in the rest of this year will increase to meet with our target, when the government [implements its] policy to develop the country’s infrastructure projects, which will cause the domestic purchasing power to rise,” the company’s managing director Tritecha Tangmatitham said on Thursday.

Tritecha spoke after introducing Supalai’s first condominium project, among the 21 new residential projects to be launched in the second half of this year. Supalai City Resort Sukhumvit 107, is worth Bt2.4 billion, with starting prices at Bt1.78 million per unit.