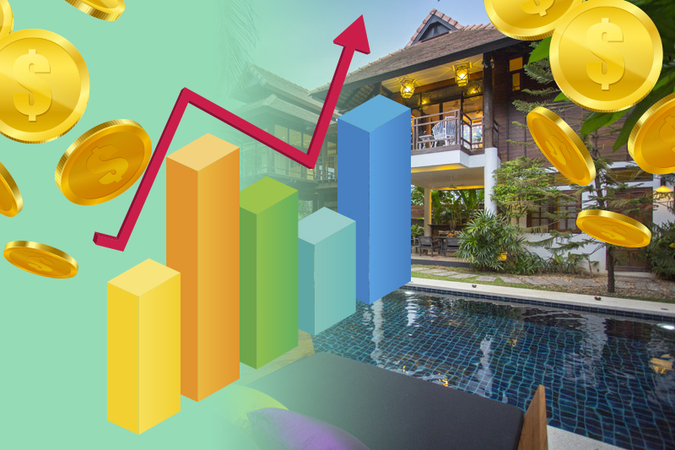 Resort properties have sprung back to popularity, according to CBRE, a leading international property consultant.

Sales performance of resort properties has risen, due to the pent-up demand for projects in the luxury and super-luxury segments, says the firm.

Over the past 2-3 years, developers have been focusing on launching new housing and condominium supply in downtown Bangkok.

CBRE Research reveals that there are now around 30,000 units in downtown Bangkok from condominium projects launched between 2016 and 2018.

One major challenge faced by the housing and condominium markets is that the cost of investment has been increasing along with a hike in land prices, leading to escalating asking prices.

CBRE found that 70 per cent of buyers in the luxury residential market are Thais who have recently made purchases for own-living and long-term investment purposes rather than for short-term investment.

Meanwhile, 40 per cent of purchasers of residential properties priced below Bt10 million are foreigners.

As many residential developers concentrate on building projects within Bangkok, the new supply of resort properties in Pattaya, Hua Hin, Chiang Mai, Khao Yai, and Phuket, especially in the high-end segment, has decreased, leading to a pent-up demand.

CBRE also found that there is a growing demand this year for resort properties in top resort destinations, and buyers in this segment are ready to make purchases for own-use and long-term investment purposes.

Although prices are higher, if projects are on the beachfront or with ocean views; with five-star hotel management; or with attractive rental guarantees, buyer response and sales performance have been positive for luxury and super-luxury projects launched in 2019, the research found. Some good examples include the Residences at Club Med Krabi and the Residences at Sheraton Phuket Grand Bay, which have an average price per square metre of Bt185,000 and Bt230,000, respectively.

“Both projects saw impressive sales performance at around Bt300 million during a three-day event in Bangkok. Their updated sales rates are now 85 per cent and 65 per cent, respectively,” said Prakaipeth Meechoosarn, the director and head of resort property sales for CBRE Thailand.

Veyla Natai Residences, which was launched this year and comprises Bt67-98-million pool villas on Natai beach, Phang Nga, reached a sales performance of 50 per cent in less than a month, even without show units.

These impressive sales performances prove that demand is still strong for resort properties in prime locations that can generate good returns and have the potential for value appreciation in the future, according to the research. This is backed by a sought-after location and professional property management by leading hotel brands.