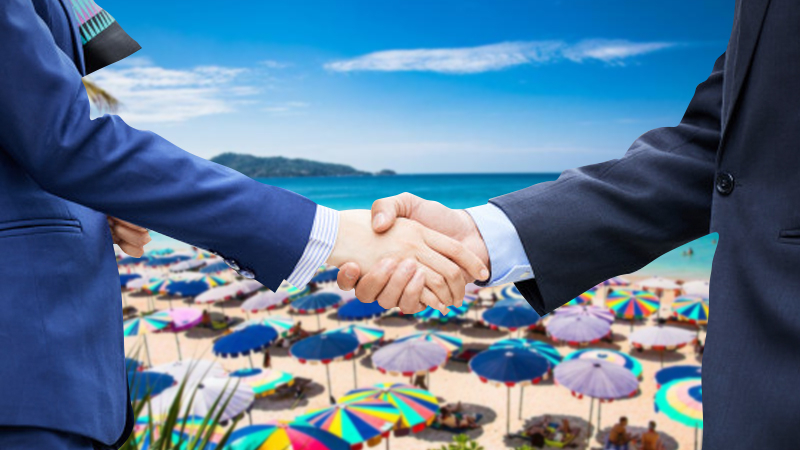 Buoyed by the rise of experience-driven travel and an affinity for locally inspired hotel offerings, resort assets remain a top target among investors, according to JLL Hotels & Hospitality’s Global Resort Report: Three-Part Series, which noted that resort sales account for 20 per cent of all hotel sales in the Americas, while Europe, the Middle East and Africa (EMEA), while Asia-Pacific resort sales total 7 per cent of all hotel sales.

Across all regions, private equity funds emerged as the dominant buyer, accounting for 20-50 per cent of annual resort transaction volume in each market.

In the Asia Pacific series of JLL’s Global Resort Report, Phuket was one of the three hotel investment markets in the region to be highlighted.

The island saw a total of Bt4.85 billion of resorts sold between 2014 and the first half of 2019, with half of these resorts achieving a transacted price at above Bt950 million.

According to JLL’s report, investment activity over the period was dominated by foreign investors whose acquisitions accounted for 79 per cent of the total investment volume, with the largest inbound capital coming from Singapore (58 per cent).

Findings from JLL also show that developers were the most acquisitive group, accounting for more than 65 per cent of total transaction volume on the island, followed by hotel operators at 20 per cent.

Strong growth in tourism has contributed greatly to Phuket’s appeal as a hospitality investment destination.

“In 2019, the number of international visitors to Phuket is likely to taper off slightly due primarily to surging Thai Baht and unfavourable global economic conditions. However, investors have continued to show keen interest in acquiring quality resort assets in Phuket as they remain confident in the long term outlook for the tourism market of one of the world’s most popular holiday destinations,” noted Pitinut Pupatwibul, senior vice president - Strategic Advisory for JLL’s Hotels and Hospitality Group

"In addition, increased air connectivity, lower barriers of entry through visa fee waivers and limited future supply are expected to bode well for Phuket’s resort segment in the medium to long term," she adds.

According to JLL’s Hotels and Hospitality Group, the total stock of resorts in Phuket stood at 14,300 rooms at the end of June 2019. An estimated 540 resort rooms are planned for completion between the second half of 2019 and the end of 2021, accounting for less than 4 per cent of the existing stock.

"Over the past five years, resorts have been star performers," says Lauro Ferroni, Global Head of JLL Hotels & Hospitality Research. "Given many consumers’ propensity for experiences over material goods, we anticipate continued investment activity in this sector globally."

According to JLL’s Global Resort Report, international tourist arrivals are anticipated to reach 2.2. billion in 2019, with a continued growth trajectory throughout the next decade, which will benefit resorts globally.