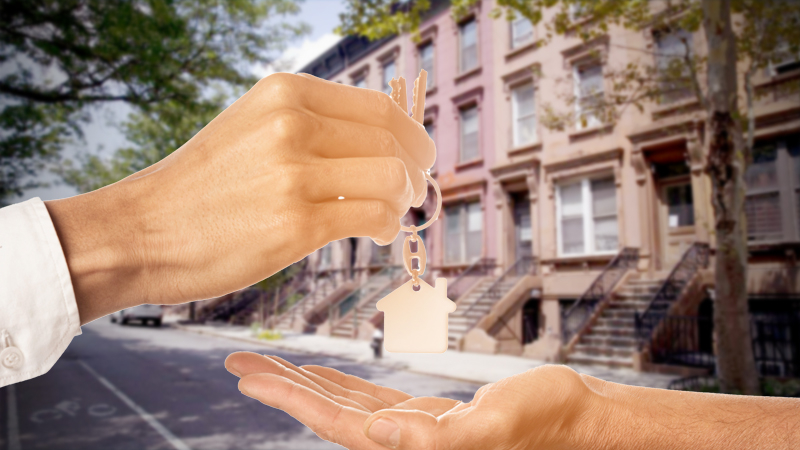 Manhattan home sales slipped 1.2% in the fourth quarter -- and that's the best news for the market in two years.

It was the smallest year-over-year decline in deals since buyers started retreating in 2017, according to a report Friday by appraiser Miller Samuel Inc. and brokerage Douglas Elliman Real Estate. While home-shoppers are still wary of overpaying in a market where prices had shot up more than 50% from the bottom in 2012, more sellers are acknowledging those concerns and marking their properties down.

"If you want to sell, you have to look at the new reality, the new adjustment," said Steven James, chief executive officer of Douglas Elliman's New York City division. "Those who reduced the price met some encouragement and actually made deals."

The Manhattan market is still recalibrating after years of excess, when sellers could name a price and draw several bidders who would top it. Those days are over, replaced with a climate of rising inventory, a disappearing foreign-buyer pool and new federal laws that limit the tax benefits of ownership, especially in states like New York with high property levies.

The result is that Manhattan sales have declined in eight of the past nine quarters. The exception was the second quarter of 2019, when buyers raced to complete purchases ahead of a scheduled increase in mansion and transfer taxes.

"The market has begun to approach stasis after a number of years of decline," Frederick Warburg Peters, CEO of Warburg Realty, wrote in a report by the brokerage Friday. He estimated that prices have fallen 15% to 25% from their 2016 peak.

The median price of condos and co-ops that changed hands in the fourth quarter was unchanged from a year earlier at $999,000, according to Miller Samuel and Douglas Elliman. Buyers got discounts averaging 6.8% from the last asking price, up from 6.2% a year earlier.

The inventory of listings climbed 9% to 6,643. At the current pace of sales, it would take 8.3 months to clear all those properties, up from 7.5 months a year earlier.

Most transactions were at the lower end of the market, with 88% of closed sales in the quarter priced below $3 million, the brokerage Core said in its own report. The share of purchases above that value was the lowest for a fourth quarter since 2011.

Signs point to a continuation of that trend: Contracts to buy co-op apartments, which tend to be older and priced more favorably than condos, jumped 18% from a year earlier. Median asking prices for condos that went into contract in the quarter fell across all sizes and most neighborhoods, led by a 27% decline on the Upper West Side, Core said.

Sellers across the board are expected to keep whittling prices, possibly as much as 5% more, James of Douglas Elliman said. And while the reductions may draw more buyers to the market, the uncertainty of this year's presidential election may put a damper on things, Warburg's Peters said in his report.