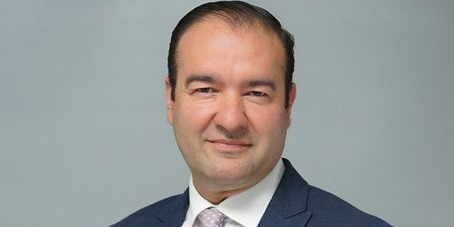 With the UK poised to formally leave the European Union on January 31, the country has to make a large amount of payments to the EU for years, and the inevitable consequences of Brexit will impact the UK financial sector, which is the core of the economy, said Frank Khan, executive director and head of residential, Knight Frank Thailand.

He said this was a good time frame for Thais to invest in the UK or London property either for speculative investment or personal living purposes because the baht has continued to soar against the pound, appreciating more than many major regional currencies, hitting a six-year high.

Based on Knight Frank Research, the average selling prices in prime central London fell 3.9 per cent in a one-year period to September 2019, the smallest decline in 12 months while the 3.5 per cent decline in prime outer London was the most modest decline since May 2018.

Overall, uncertainty remains a watchword in the market. Average house-price growth across the UK continues to be moderate, with a 1.3 per cent increase in the year to September, compared to an annual rate of growth of 7.5 per cent before the Brexit referendum.

Khan said: “As for the UK investment in 2018 to 2019, the highest purchase rate was from Thai investors; they bought properties in London, which is the best alternative for them to invest as the above key takeaways attracted Thai buyers in particular, as well as those from Singapore and Hong Kong, who are waiting to invest in the UK and London. If we look back to the last 4 to 5 years when Brexit happened, it showed that Thai buyers’ demand in UK property increased by 40 to 50 per cent compared to previous years. Likewise, there was a significant increase of 80 per cent after the baht strengthened.”

“Political uncertainty in the UK has continually generated more Thai property buyers primarily in prime locations, including Kensington, Knightsbridge, Holland Park, Belgravia and Harrods, with 60 per cent of them buying for educational purposes to support their children’s study abroad and around 30 to 40 per cent of them interested in speculative investment, down from the past five years when 90 per cent had education in mind. Obviously, international students are already an important portion of the market.”

He added, “In addition, demand for rentals continues to outpace supply and push up property prices in those areas as many residents turn to the rental market during this time -- especially in Hammersmith, which is at the forefront of alternative choices. Average rental value is between 900 pounds to 950 pounds per week, increasing by 3 to 5 per cent every year with net rental yields of 2.8 to 2.9 per cent. The average selling price is around 1.2 to 1.3 million pounds for two-bedroom units and 1.5 to 1.6 million for three-bedroom units, as compared to neighbouring areas it is a more affordable place to live and is situated a few minutes away by train to central London.”