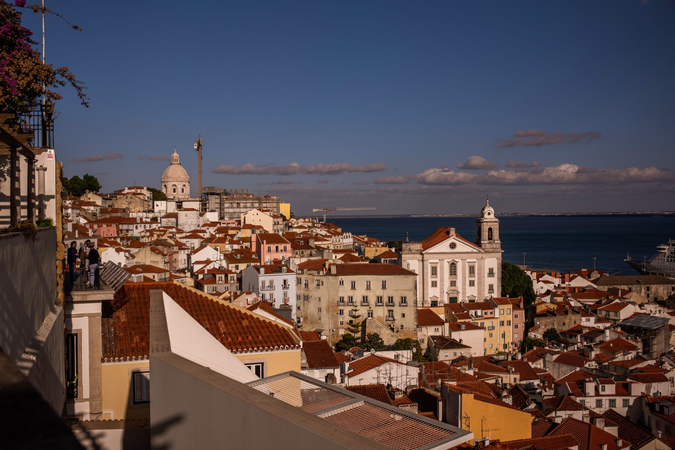 In 2012, Lisbon's housing market was crumbling, with hundreds of decrepit buildings filling the city's downtown area and investors fleeing after the country sought an international bailout.

That year, Portugal started offering "golden visas" to foreign investors willing to spend 500,000 euros ($550,000) or more on a property. The program has pumped 4.5 billion euros into real estate since it began, mostly from China, and helped turn Portugal into western Europe's second-hottest property market. Prime Minister Antonio Costa now says it's time to limit the incentives.

Costa's ruling Socialist Party wants to restrict the golden visas to property purchases outside Lisbon and the northern city of Oporto and try to attract investors to regions with a lower population density, according to a budget proposal. Costa says the aim is to contain speculation in the real estate market that's hurt the ability of the middle class to access affordable housing in Portugal's larger cities.

The golden visas "should contribute to the recovery of the property market where it's necessary or in areas of low population density," Costa said on Wednesday in a speech broadcast by RTP. "Fortunately, it's no longer necessary in the big urban centers."

Isabel Sa da Bandeira, who heads a Lisbon-based organization called People Live Here, said the golden visa incentives have created "huge injustices" in the housing market. "Many locals have left the city because they can't afford to rent or buy property."

While real estate brokers in Portugal acknowledge that rising housing prices in Lisbon and Oporto are a problem for local residents, they fear the curbs on golden visas may prompt investors to buy property elsewhere in Europe. Cyprus, Greece and Spain offer similar programs.

"You can't change the rules in the middle of the game, especially when Lisbon and Oporto account for more than half of all property purchases by golden visa investors," said Luis Lima, head of Portugal's Real Estate Professionals and Brokers Association. "It's counterproductive."

"Don't come with ghosts saying that we're changing the rules in the middle of the game because those who have already obtained golden visas won't lose them," Costa said. "Those who now want to obtain a golden visa are also welcome, as long as their investment is made where it's necessary."

Parliament will have a final vote on the 2020 budget on Feb. 6. The government targets the first budget surplus since Portugal's return to democracy four decades ago and the economy is set to expand for a seventh year. Property prices increased 10.3% in the third quarter of 2019 from a year earlier, the second-biggest gain in western Europe after Luxembourg, according to Eurostat.

In a separate proposal, the Socialists plan to stop some foreign residents from paying no tax on their pensions, an arrangement that led Finland and Sweden to criticize Portugal for having an unfair tax system. If approved, foreign residents who apply for the so-called non-habitual resident program will have to pay a flat 10% levy on their pensions. The program will continue to allow some foreign workers to pay a flat 20% income tax rate.

Tiago Caiado Guerreiro, a Lisbon-based lawyer who specializes in tax legislation, said the move will help silence critics of the non-habitual residence program while having little impact on demand for that regime.