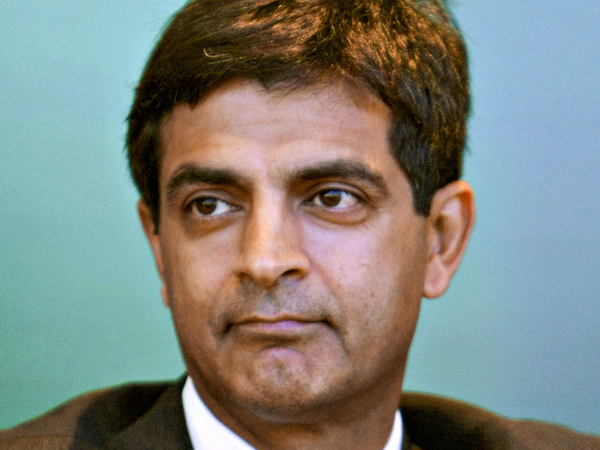 Sandeep Mathrani in 2010. MUST CREDIT: Bloomberg photo by Jin Lee

WeWork named Sandeep Mathrani as its new chief executive officer, tapping an experienced real estate operator for a bid to turn around the embattled startup.

Mathrani, who was previously chief executive of Brookfield Property Partners' retail group, will need to execute a plan for WeWork to refocus on co-working and abandon unrelated ventures started by its co-founder, Adam Neumann. Mathrani will replace Artie Minson and Sebastian Gunningham, WeWork said in a statement. The duo has served as co-CEOs of WeWork parent We Co. since Neumann stepped down in September following a failed attempt to take the company public.

WeWork said the new CEO will report to Executive Chairman Marcelo Claure, an executive at SoftBank Group, which committed billions of dollars to WeWork in a rescue package last fall. Mathrani will join the company on Feb. 18, with Minson and Gunningham staying on through a transition period. "I am honored to be joining WeWork at this pivotal time in its history," Mathrani said in a statement.

Mathrani has experience with a company in crisis. He helped GGP, a shopping mall operator, emerge from bankruptcy in 2010. The company saw its stock rise, boosted by properties such as Las Vegas's Grand Canal Shoppes and Virginia's Tysons Galleria. Brookfield paid about $15 billion for the 64-year-old business in 2018 and kept Mathrani on to oversee the retail operation.

The challenges at WeWork are different. Neumann co-founded the startup in 2010 and rapidly built a global empire of office spaces where companies or freelancers could rent by the desk. Investors fueled the expansion, and SoftBank made by far the biggest bet, pushing the valuation to $47 billion.

The IPO process laid bare WeWork's many vulnerabilities. The company was spending far more than it was generating in revenue and suffered from an over-dependence on Neumann, who took out loans from WeWork as it paid him rent on buildings he owned. WeWork pulled the IPO in September and agreed to part ways with Neumann in an exit package valued at more than $1 billion. SoftBank and Claure have helped recruit new management and outline a turnaround plan, which included the termination of 2,400 jobs.