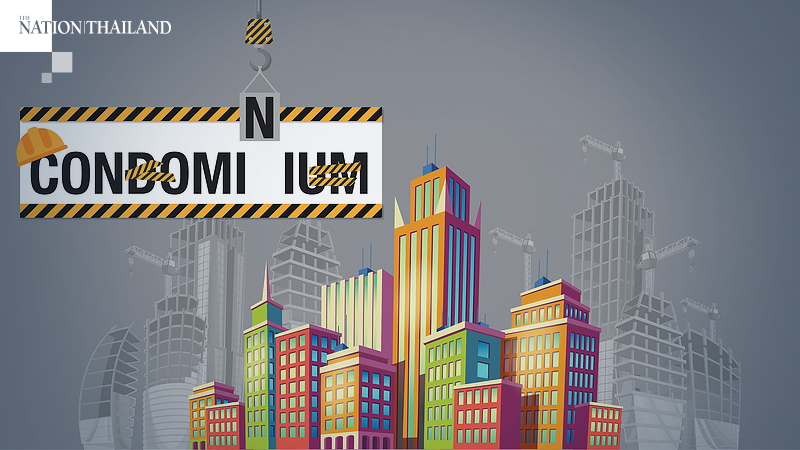 There has been a sharp decline in the number of new condominium projects in Bangkok in the second quarter of 2020, according to a Colliers International Thailand survey.

The survey said only five projects were launched in the Bangkok area, offering 1,206 condo units worth Bt2.6 billion, 79.5 per cent lesser than the 4,674 units in the previous quarter. Net supply of condo units in Bangkok in the first six months of 2020 was only 7,086, 61.9 per cent lower than the 11,499 units in the same period last year.

The survey also revealed that the investment value in the condo market in the second quarter also dropped by Bt13.62 billion year on year. It estimated that the total condo supply in 2020 might not exceed 25,000 units, which could be the lowest in the last 10 years.

Colliers International said the reason behind this trend is that major developers are reducing the construction of new condominiums and switching to horizonal projects in rural areas, especially in the Eastern Economic Corridor.

“Many companies also revealed that they will not introduce new projects this year in order to dispose of unsold units in finished condo projects,” said the company.

“Furthermore, the current economic recession due to the impact of Covid-19 outbreak is not a suitable moment to debut a new project.”