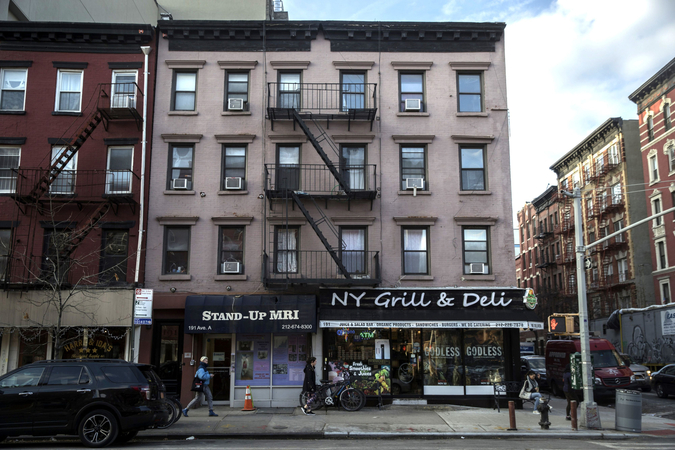 "Don't pay rent until 2021," is the message blaring from a web page of New York apartment listings by Related Cos.

Manhattan landlord Stonehenge says you can "Live free for 3" in some of its units. That's in addition to the Citi Bike membership and American Express gift cards the company is offering students and recent graduates who sign leases.

Landlords are growing more desperate as they struggle to fill apartments amid an urban exodus. And they're no longer reluctant to show their hand: Generous giveaways that just months ago were hashed out behind the scenes are now advertised boldly for anyone browsing online.

"You can't hide it anymore," said Gary Malin, chief operating officer of brokerage Corcoran Group, which represents landlords. "Owners are saying to themselves, 'I'd rather be honest from the beginning, rather than play a game back and forth, and otherwise lose a tenant.'"

With many people still working from home, restaurants largely shuttered and schools mostly online, New Yorkers are finding few reasons to stay put in the city's costliest borough. Manhattan rental listings soared last month to more than double the inventory from a year earlier, according to appraiser Miller Samuel Inc. and brokerage Douglas Elliman Real Estate. The vacancy rate jumped to a record-high 5.1% from under 2% last August.

That gives renters leverage, and they'll choose an apartment with "the best possible deal" over one they love the most, Malin said.

"Tenants are filling out four to five applications at the same time and negotiating one offer against the other," he said. "Owners want to lead with their best foot. If you sit and try to hold on for every last penny, for every last dollar, tenants are just going to go somewhere else."

Enticements such as a free month, complimentary gym membership or payment of a broker's fee have long been standard in New York when landlords want to fill units in a slowing market. These days, it's not uncommon to see pitches for three free months, especially in buildings that have fancy public amenities that have been off limits during the pandemic.

Brookfield Properties is offering three months free at downtown's New York by Gehry tower. Equity Residential has the same deal on select units at some of its pricier buildings, including Prism at Park Avenue South, where perks include a golf simulator, spin room and an indoor lap pool.

At Stonehenge's buildings -- all but one in Manhattan -- occupancy was almost 99% before the lockdown, Chief Executive Officer Ofer Yardeni said. That figure slipped to 85% as tenants moved back with their parents, to the suburbs or to the beach to ride out the summer while working remotely.

Now, with the weather cooling and more businesses reopening, people are starting to consider coming back, and Yardeni is using the sweeteners to get their attention. Stonehenge is offering three free months because its competitors are, too, he said. And behind the scenes, current tenants are being paid as much as $4,000 if they find takers for empty units in the company's buildings.

"I've been in the business for over 30 years and I've never seen the market this way," Yardeni said. "It's almost like a falling knife."

Related is giving renters up to three free months on new leases at buildings including One Union Square South and Tribeca Tower, a spokeswoman for the developer confirmed. For a time, it also offered brokers a fee equivalent to two months rent -- larger than the traditional payout.

The incentives apply only to new tenants, creating a "slippery slope" for landlords who also need to hang on to existing renters, according to Yardeni. He added that his company offers adjustments on renewals on a case-by-case basis.

With the rental market heading into its typically slowest season, property owners know if they don't fill apartments now, the job will get even harder in the coming months.

While offering such big breaks sounds like surrender, it's actually a smart move, according to Malin.

"Whatever you give away, you're bringing in tenants quicker, you get rent quicker," he said. "You start to mitigate your losses and you'll come out ahead."