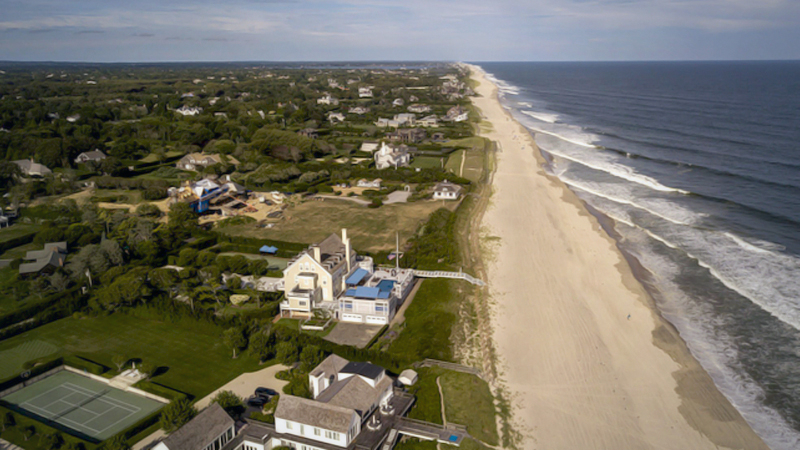 New Yorkers searching for a pandemic retreat have sent Hamptons home prices to a record high.

The median for properties that changed hands in the third quarter soared 40% from a year earlier to $1.2 million, the highest in more than 15 years of data-keeping, appraiser Miller Samuel Inc. and brokerage Douglas Elliman Real Estate said in a report Thursday. Sales jumped 51%, the biggest annual increase since 2014.

The Long Island resort towns, a popular summer address for New York City's executive set, have drawn residents looking to settle in through the winter. With many schools still online and Manhattan offices mostly empty, some city-dwellers are making their escape more permanent.

"At least for now, this is going to be their primary residence," said Todd Bourgard, who oversees sales in the Hamptons for Douglas Elliman. "They realized they can work from home, and they're doing it."

With all that buyer competition, bidding wars became more common. In the third quarter, 15% of purchases were completed above the asking price, the largest share in data going back to 2016, said Jonathan Miller, president of Miller Samuel.

Sales jumped in every Hamptons neighborhood east of the Shinnecock Canal, according to a report by brokerage Corcoran Group. In Southampton Village, there were 34 home sales, up 89% from last year. In the Bridgehampton and Sagaponack areas, deals rose 80% to 36.

The combined dollar value of all Hamptons home sales doubled from a year earlier to $973 million, brokerage Brown Harris Stevens said in its own report.