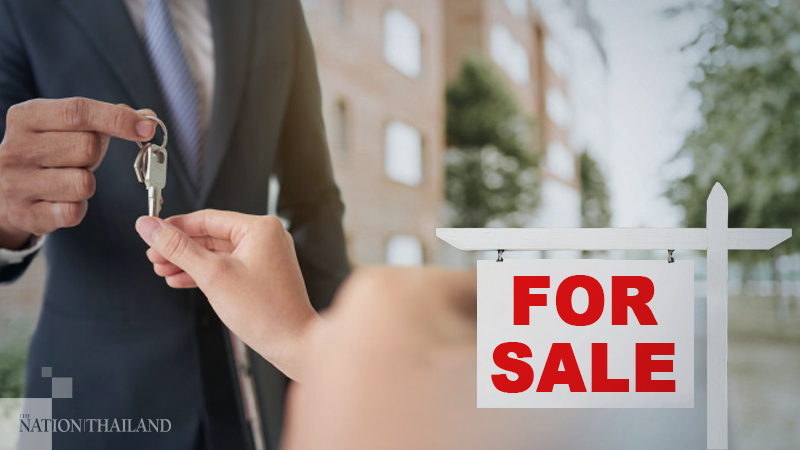 Amid the continuing Covid-19 pandemic, the central bank’s business trend report for the third and fourth quarters found the property sector to be contracting.

The Bank of Thailand (BOT)  revealed that the rejection rate of mortgage loans had increased sharply.

Prices in the medium- and high-end market look alright due to market demand for homeownership. However, the lower-price market segment --  both condominium residential units and low-rise homes --  need to be closely monitored, according to the BOT report.

The rejection rate in the central region of the country rose 30 per cent while in the North it jumped between 40 to 50 per cent, even though borrowers had pre-approved loans, according to the BOT report.

In the South, bankers' loan to value (LTV) is unusually low or loan applications are being entirely rejected.

Payong Srivanich, president of Krungthai Bank, said the bank has to take into account the general economic situation and bank capital.

The rising household debt is also making banks very cautious in lending because banks do not want borrowers to have excessive debt, he said.

“We have committed to responsible lending, taking into account weaker economic health, our capital and rising household debt,” he said.

Nathapol Luepromchai, executive vice president responsible for the mortgage loan division at Krungsri Bank, said borrowers faced a decline in income and that hurt their ability to repay debt.

For example, many borrowers have seen their incomes decline by 30 to 40 per cent, he pointed out.

He predicted new mortgage lending by his bank would contract by double digits this year due to the impact of the economic slowdown and the lingering  Covid-19 pandemic. He, however, believed that outstanding property loans would grow as existing mortgage borrowers do not refinance their mortgage debts. The mortgage portfolio of his bank is currently worth Bt280 billion, up from Bt260 billion last year, he added.

Naris Sathapholdecha, executive director at TMB Analytics Centre, projected TMB’s new mortgage lending is expected to contract by 10 to 12 per cent this year from the current 8 per cent contraction. Outstanding mortgage loans are expected to fall by 0.5 per cent to Bt230 billion this year, compared with a 3 per cent rise in the third quarter. Bad debt is expected to rise as borrowers have more debt and lower income.

Household debt in the first quarter this year stood at 80.2 per cent of GDP and shot up to 83.8 per cent in the second quarter, a record high, according to BOT.

Siam Commercial Bank’s Economic Intelligence Centre projected that household debt-to-GDP ratio could rise to 88 per cent by the end of this year and shoot up to 90 per cent in the first quarter next year.

The rising household debt is mainly blamed on the Covid-19-induced economic crisis, mostly due to people losing their jobs or seeing their incomes reduced.