Sustained commitment to Thailand by both foreign and local companies resulted in a slight increase in the number of investment applications in the January-September period to 1,098, as firms in targeted sectors including electrical and electronics (E&E), food, automotive and medical, continued to expand amid the COVID-19-induced economic slowdown, the Thailand Board of Investment said today.

The total value of the applications slowed 15% from the year earlier period, to 223.7 billion baht (USD7.2 billion), due to a smaller average size of projects amid a global decline in investment due to COVID-19.

The number of applications in the medical sector more than doubled to 65 projects, while the total value surged 75% year-on-year to 14.7 billion baht to become the fourth ranked sector, the BOI said.

Out of the total applications, 47% were new investments, while the remaining 53% were for the expansion of existing projects, the BOI said.

In terms of geographical location, the three provinces in the Eastern Economic Corridor (EEC) area attracted 313 projects worth a total investment value of 109.4 billion baht, or 49% of the total applications filed during the nine months period.

The FDI applications contributed 60% of the total number of projects and 53% of total investment value pledges during the January-September period, the BOI said. 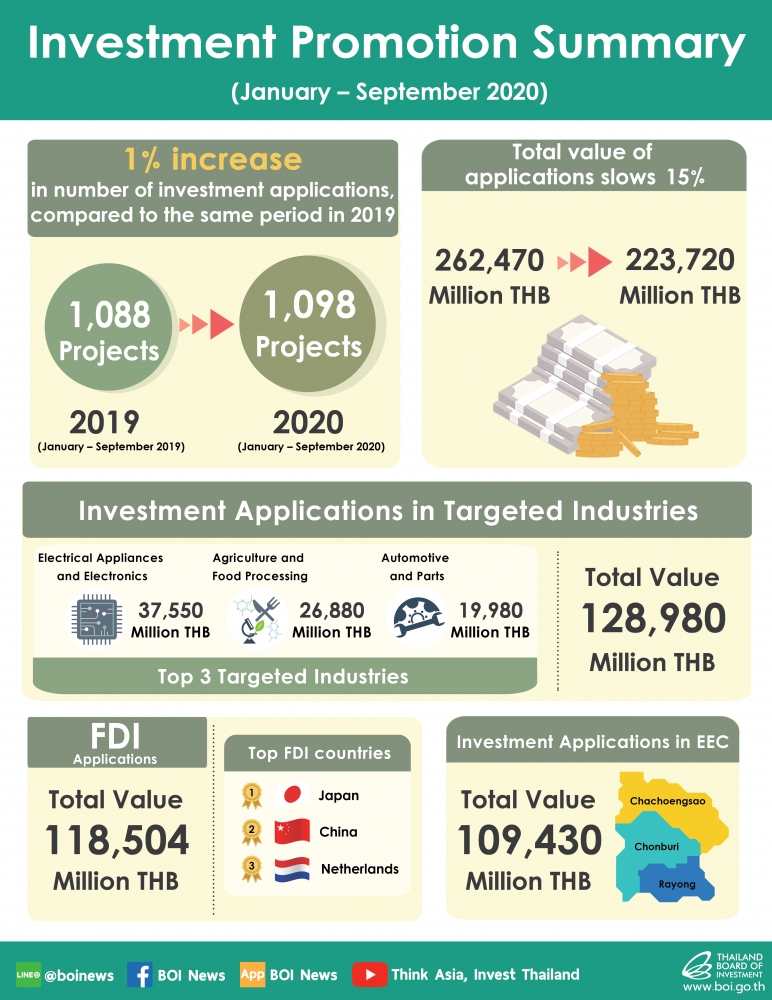 Thailand Board of Investment