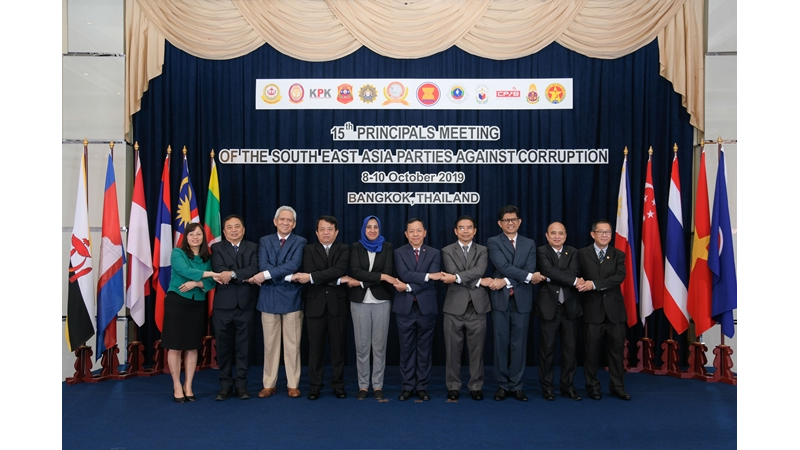 The objective of this meeting is to provide a platform for SEA-PAC members for exchange of information and experience on regional anti-corruption efforts and enhancement of the effectiveness of ASEAN anti-corruption agencies as well as furthering the sustainable economic and social development of the region.

The opening ceremony on 9 October commenced with welcoming remarks by the NACC President Police General Watcharapol Prasarnrajkit. The President highlighted the opportunities and challenges brought about by the ASEAN Economic Community (AEC). The regional integration presents ASEAN countries with the potential to hone their economic comparative advantage and rapid growth in trade and investment coupled with the ease of cross-border travel of people and capital. At the same time however, the region becomes more susceptible to transnational crimes including corruption and bribery as the freer movement of people and foreign investment policies facilitate the evasion of justice for offenders and their illicit assets. In recognition of this prevalent problem, the topics of discussions for the 15th SEA-PAC Principals Meeting cover the issues of asset recovery and denying safe haven to corrupt officials and stolen assets. 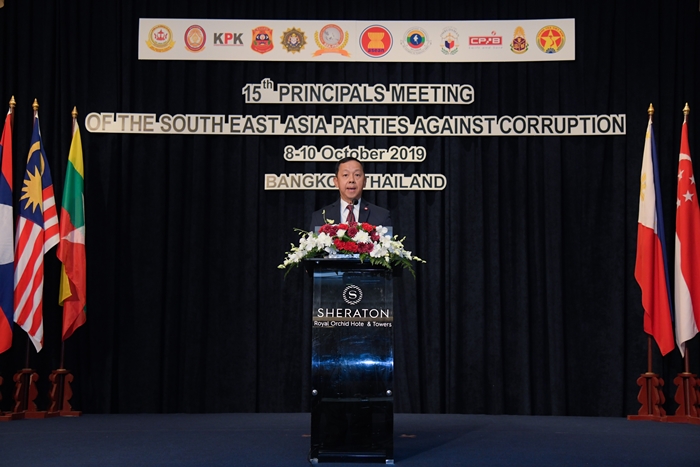 The opening ceremony was followed by the signing ceremony of two Memorandums of Understanding (MoU): firstly the NACC and the State Inspection and Anti-Corruption Authority (SIAA) of Lao PDR, and secondly the NACC and the Corruption Eradication Commission (KPK) of the Republic of Indonesia. Both MoUs focus on inter-agency cooperation, sharing of experience and information, and coordination of corruption cases.

The session offered the platform for all the ten SEA-PAC delegations to present their respective progress in anti-corruption implementation. SEA-PAC Action Plan for 2020-22 has been adopted and topics on Denying Safe Haven to Corrupt Officials and Stolen Assets, and Effective Anti-Bribery Measures for Private Sector to Prevent Bribery of Public Officials were discussed. 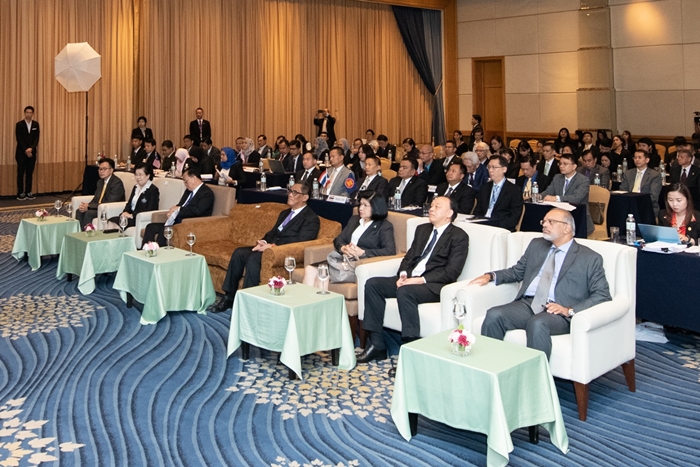 The 15th SEA-PAC Principals Meeting was preceded by the Regional Workshop on Denying Safe Haven to Corrupt Officials and Stolen Assets which was held on 8 October and co-hosted by the NACC and the Regional Office for Southeast Asia and the Pacific of the United Nations Office on Drugs and Crime (UNODC). Panelists are experts from notable agencies i.e. KPK Indonesia, National Commission of Supervision (NCS) of China, Thailand’s Office of the Attorney General, UNODC, Malaysian Anti-Corruption Commission, World Bank/UNODC Stolen Asset Recovery Initiative (StAR). Panelists shared and discussed their experience and challenges in denying their jurisdictions being exploited by corrupt officials by means of investment or immigration policies and the challenges of stolen assets and proceeds of crimes being transferred overseas. In the afternoon, the NACC in collaboration with the American Bar Association (ABA) held another workshop and study tour at the IRPC Public company Limited on the topic of Promoting Anti-Bribery Compliance Culture among ASEAN Businesses. The workshop saw over 70 participants including private-sector experts who discussed and shared their experience, best practices and challenges in promoting corruption-free business environment in the ASEAN region. Speakers and participants noted that most ASEAN countries have enacted or are developing legislation on corporate liability for corruption and bribery offences. Nevertheless, to establish a sustained culture of integrity in this region still requires serious efforts and continuous international cooperation among the public sectors as well as from the private sector and the civil society.