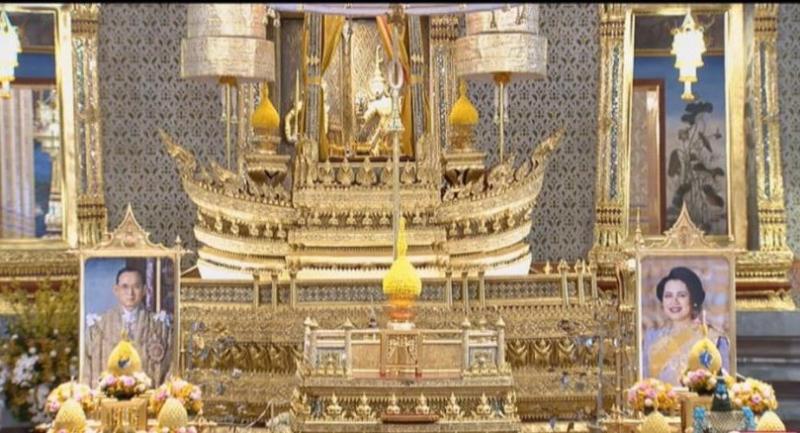 His Majesty King Maha Vajiralongkorn granted new titles to his parents and other close members of the Royal Family in a televised ceremony on Sunday morning.

His late father King Bhumibol will henceforth be referred to as His Majesty King Bhumibol Adulyadej the Great. A royal golden plaque bearing the title was placed before his official portrait in the Amarindra Vinijaya Throne Hall at the Grand Palace. Queen Sirikit, mother of King Rama X, is now to be known as Her Majesty Queen Sirikit the Queen Mother, as engraved on a golden plaque similarly “presented to” her portrait. Each in turn received golden plaques after kneeling in front of their brother as he poured ceremonial water for them, with Her Majesty Queen Suthida at their side on the floor. Also receiving new titles and plaques on Sunday morning were HRH Princess Soamsawali, former wife of the King while he was Crown Prince, and the daughter she bore him, HRH Princess Bajrakitiyabha, as well as his younger daughter HRH Princess Sirivannavari Nariratana and his son HRH Prince Dipangkorn Rasmijoti.