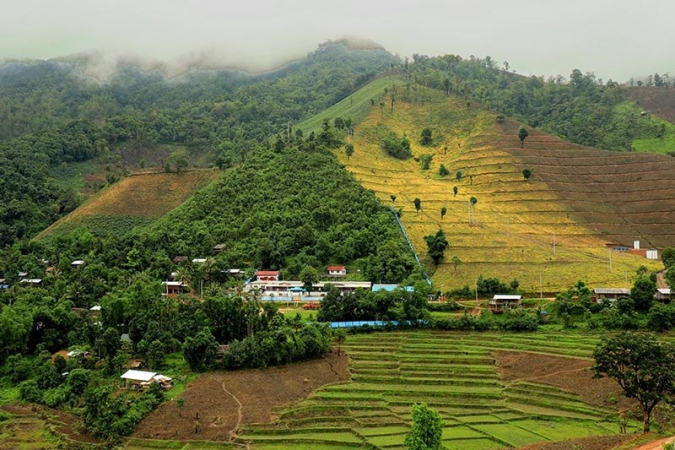 By Wanwisa Rojsaengrat
Special to The Nation

Following in the footsteps of the late King Rama IX, His Majesty King Maha Vajiralongkorn Phra Vajiraklaochaoyuhua is enabling the Royal Project Foundation to improve the well-being of the mountainous people.

Throughout the past 50 years, the development of the Royal Project has continued to impact and improve the quality of living of villagers in remote areas. Recently the foundation invited media to visit the Ler Tor Royal Project Development Centre, which was initiated in the area, dedicated to the late HM King Bhumibol Adulyadej The Great. 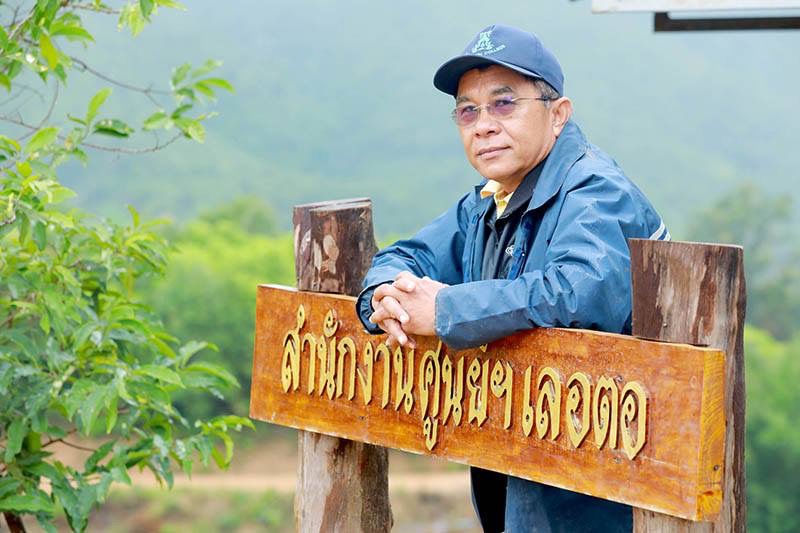 The Ler Tor village is located in the remote mountainous area in Mae Teun subdistrict, in the Mae Ramard district of Tak province. It was a poor village of Pgakauyau or Karen, who grew opium poppy. The centre is number 35 in the royal development project, set up in 2016, and was the last Royal Project undertaken during the reign of King Rama IX, aimed at improving the life quality of hill tribe people and decreasing opium poppy cultivation, as well as reforestation.

The Ler Tor Royal Project Development Centre covers two districts -- Mae Ra-mad and Tha Song Yang. Geographically, Ler Tor Village is a mountainous area at 500 metres to 1,200m above sea level, located in Mae Ra-mard National Park. There are more than 5,610 Pgakauyau or Karen in six villages and 14 communities. Communication with local villagers has been difficult. 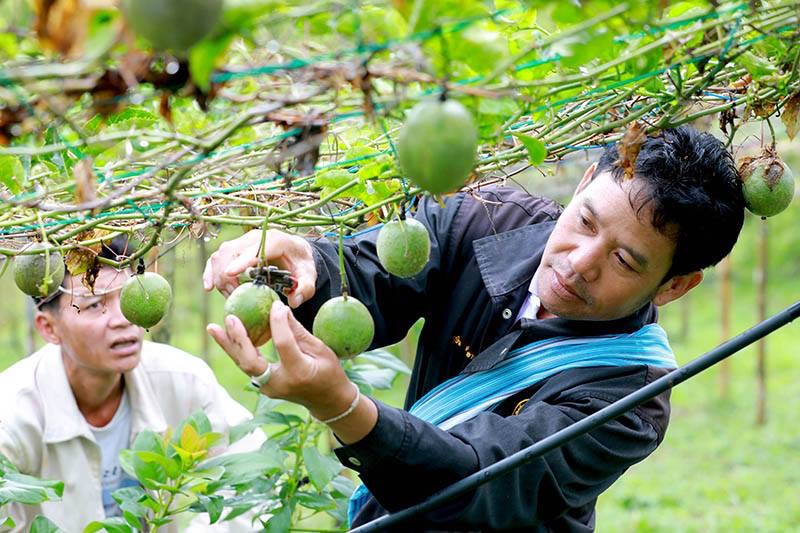 After exploration of the area and collaboration with other organisations, the projects were implemented gradually.

Somchai Kaewdaeng, head of Ler Tor Royal Project Development Centre, says that according to reports of the Office of the Narcotics Control Board during 2009-2010, the area was one of the leading opium poppy-growing villages. Hence, the Royal Project Foundation focused on the area and projects were implemented gradually, drawing on the experiences from other mountainous area projects. This helped reduce many procedures, and finally the Ler Tor Royal Project Development Centre was set up in 2016.

“The first thing we do is support villagers with new livelihood options because we know that if we cut them off from growing opium instantly, the folks would be in trouble as the rice harvest is poor and the crop is insufficient for their needs,” he notes.

“Helping them with rice farming on the highland is the main support in terms of food security, while for other types of vegetation the farmers make their own choices. When the royal projects first started, we encouraged them to grow bush bean, whose crop can be collected in just one month. However, transportation was a major problem due to bumpy roads, which damages the produce. So we collaborated with other government agencies to help improve the road. Until 2017, the Department of Highways gave development of the route to Ler Tor Royal Project Development Centre top priority. 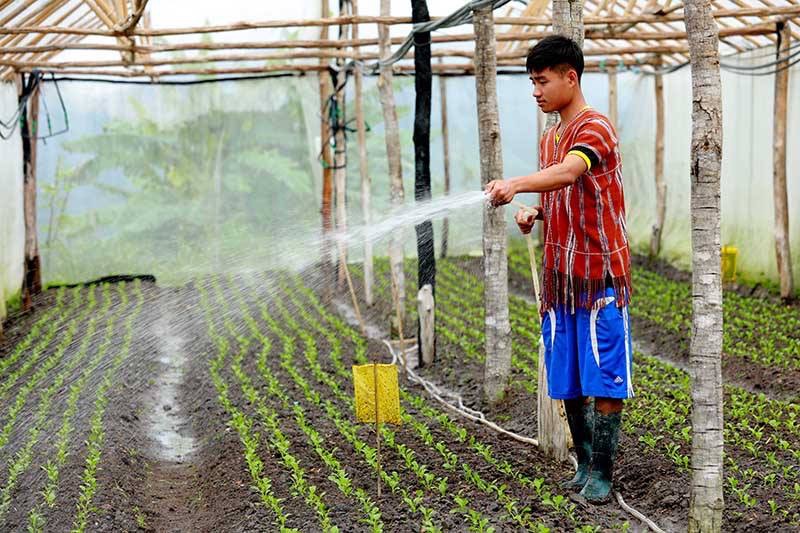 “Another problem is that the Ler Tor village is located in a steep area, so we have been educating the villagers to cultivate vetiver grass in order to prevent landslides and to hold the sandy soil. Geographically, the terrain is very harsh: the soil has acidity, low quality, and the weather is very dry, no rain, yet cloudy so vegetables cannot grow well. There also are many disease outbreaks and insects. Recently there was fungus outbreak on Chinese kale and a choi leaf disease. The farmers were very disappointed as they lost income. However, the centre has kept a record and will figure out what types of vegetables can be grown,” notes Somchai.

It has been three years since the Ler Tor Royal Development Centre set up demonstration plots and studied the crops. There are 300 farmers who have joined the centre. 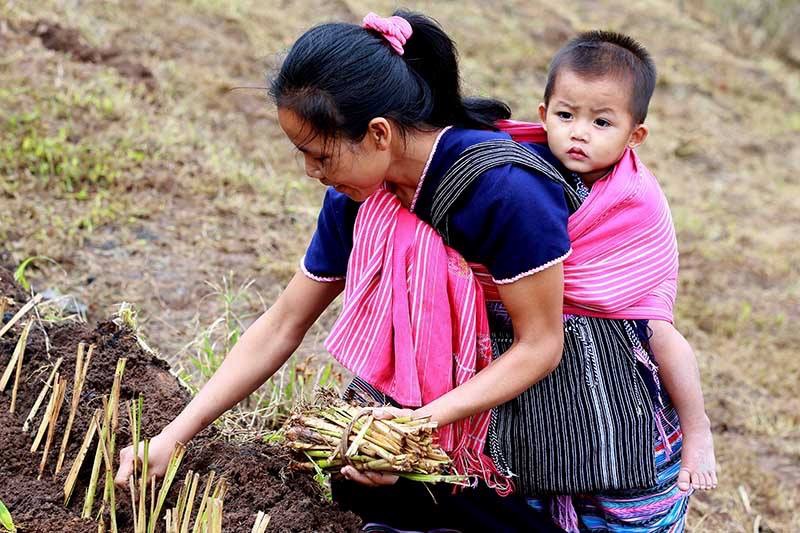 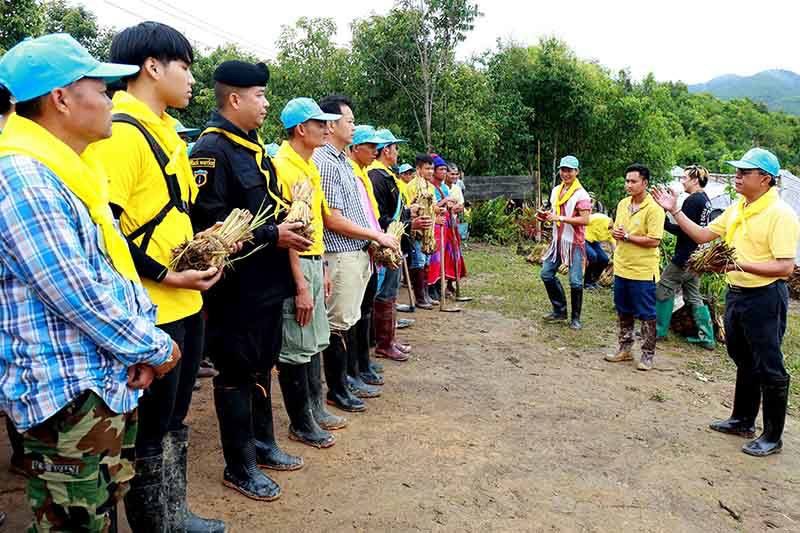 “The main point is high productivity within the limited space,” Somchai adds. “Next, we’ll promote chestnut as it is suitable for forests. As the centre supports natural resources and environmental conservation, a reforestation project called “Three Forests, Four Benefits” will be launched. Suitable crops like chestnut will be promoted, as it is a  popular import. During the first year, we have seen its florals. A particular type of chestnut has been chosen from the Ang Kang development centre. No agency has expanded it, so I’ve taken advantage of it and had workshops to try and promote it in accordance with healthy standard,” he adds. 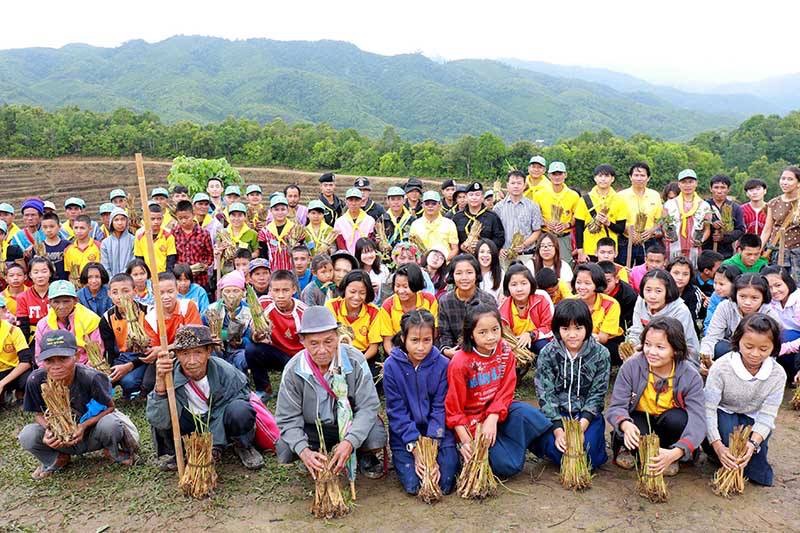 With the collaboration of the centre, the communities and local administrative offices, the communities are encouraged and strengthened to become self-sufficient. The Royal Project Young Smart Farmer Project has also been initiated to build a generation of future farmers.

Apart from agriculture, local arts and crafts, weaving, and livestock have been supported. The centre helps improve the way the local farmers raise cows or buffalos, as well as improve the quality of the feed. There is a community that keeps elephants and breeds calf elephants. Raising elephants is considered one of the original occupations of the folks.

Paelae Bampenkhumkao, 47, is one of the pioneers of the Royal Project. He says that he has a plot of land about one rai, yet in some years the crop is not enough to feed the whole family. When he tried to grow vegetables, he encountered many problems. He joined the projects in 2016 and now grows choi, cabbage, passion fruit, Arabica coffee, strawberry and more seasonal fruits. His family of five all help in the project. 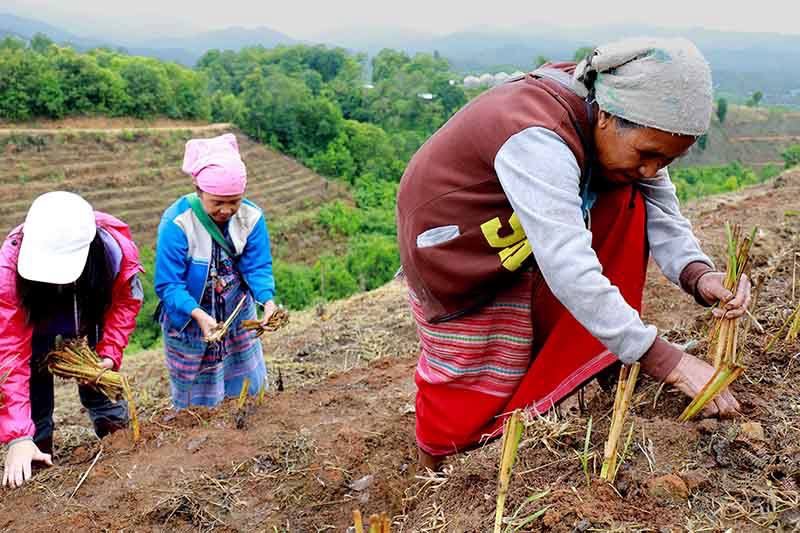 “When I heard that the Royal Project is to set up here, I was very eager to join because many people say working with the project creates a better future. I am the first batch here and I am really happy. We work as a team, and the centre gives us the opportunity to choose what type of vegetables we want to grow. My life is now much better, the work is not so hard like before and though the income is not yet stable we believe our lives will get better. Over the years, we have got electricity and roads, and we can see a better future,” notes Paelae.