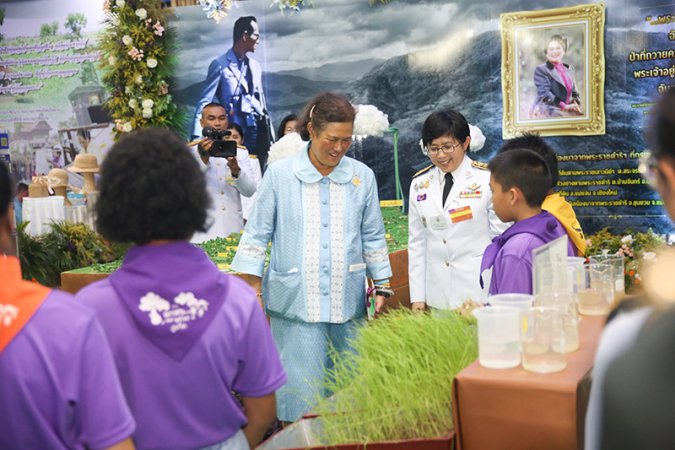 Her Royal Highness Princess Maha Chakri Sirindhorn on Monday graciously presided over the opening of the “13th See San Pan Mai in Tribute to Her Majesty Queen Sirikit” exhibition, which is being run by Royal Forest Department until August 14 at Queen Sirikit Park in Chatuchak district, Bangkok. 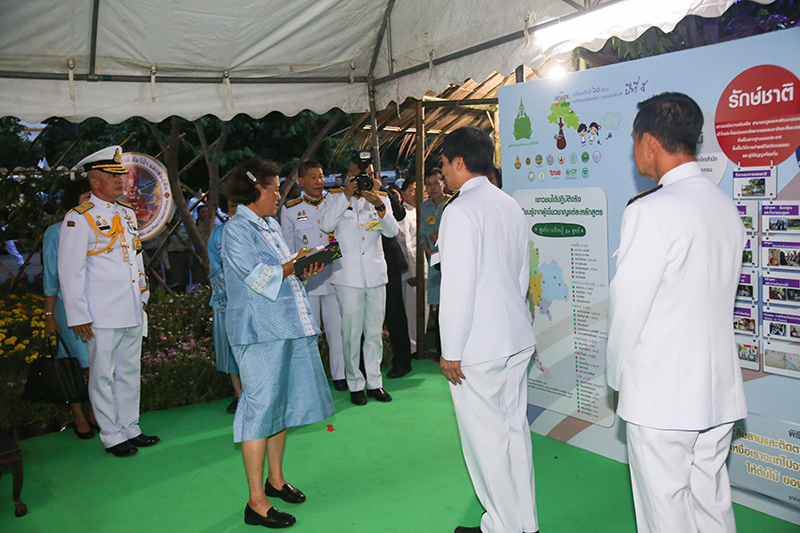 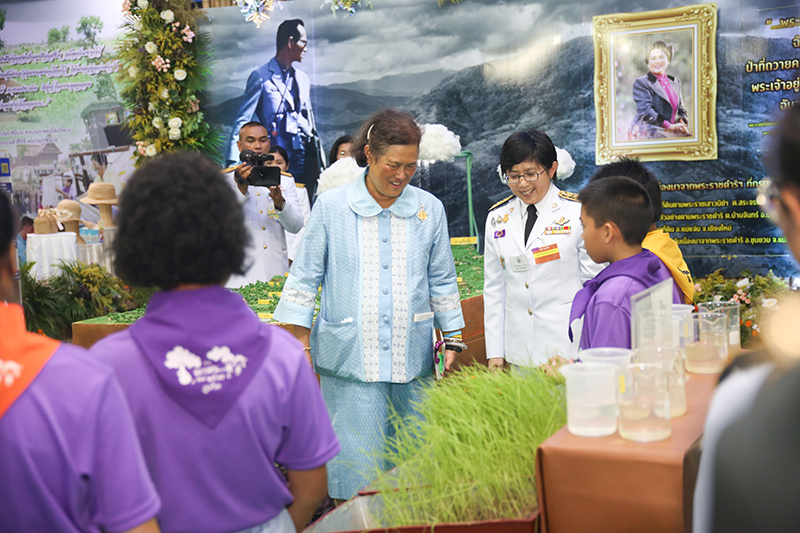 To commemorate Her Majesty Queen Sirikit the Queen Mother, on her 87th birthday anniversary, the botanical garden has been decorated with three exhibition zones that reflect a northeastern style household. The first zone, “Preservation”, features Her Majesty the Queen Mother’s royal initiatives to conserve forestry and the natural environment.

The second zone, “Creating Happiness”, emphasises the “Na Haew” model, a project that addresses people living in harmony with forests through royal projects that create extra income for the locals. The Royal Forestry Department has been encouraging the locals and communities to grow economic crops such as coffee and macadamia nuts. 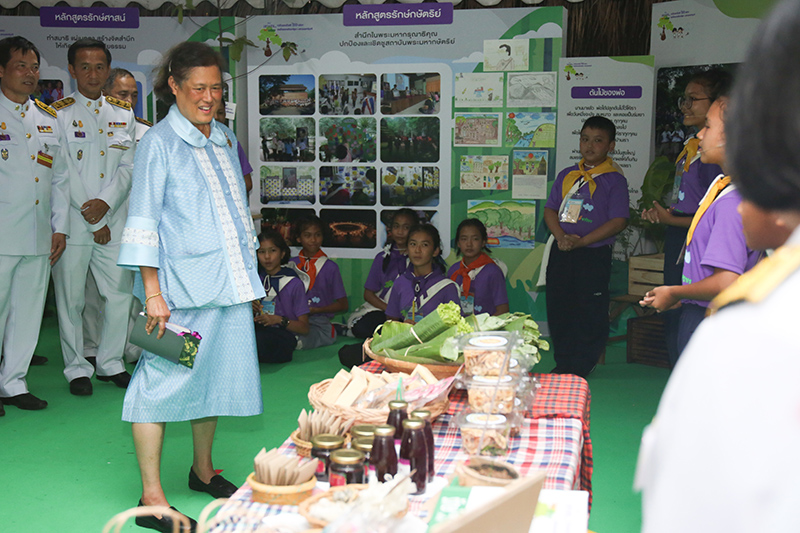 The third zone, “Forest Clinic”, features officials able to advise on how to grow and to take care of various types of plants. In addition, more than 4,000 seedlings of yellow flowering trees are given away to the public such as teak, rosewood, yang, golden shower and yellow bell trees, to re-green areas of the country. 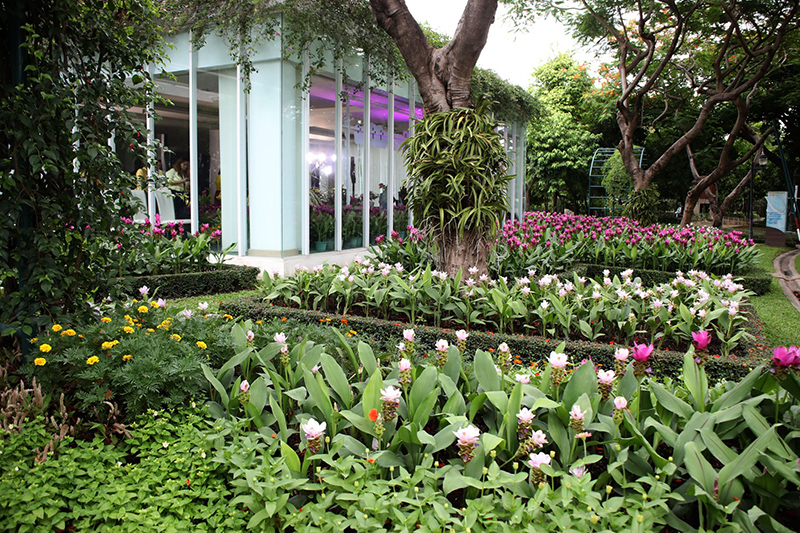 Queen Sirikit Park covers an area of 200 rai (32 hectares), and was intended as a plantation that mimics the diversity of plants in a natural forest. The park is also designated as one of Thailand's ideal botanical gardens, where more than 2,000 species of local and foreign plants are preserved. Situated near the Chatuchak weekend market, the park’s trail is open daily 5am-8pm without charge, while the botanical building is closed on Mondays. 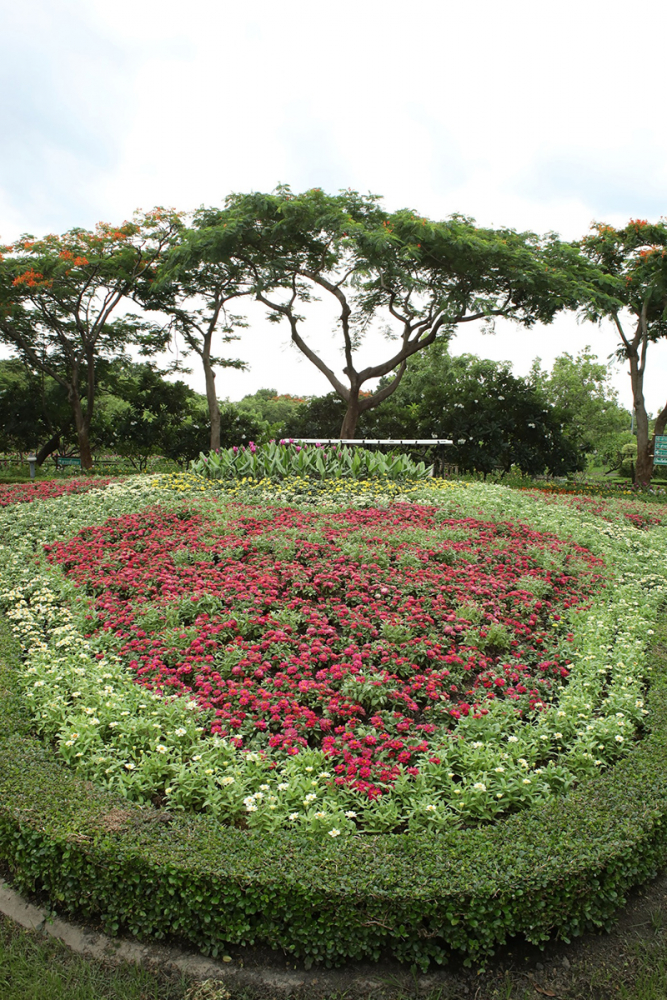