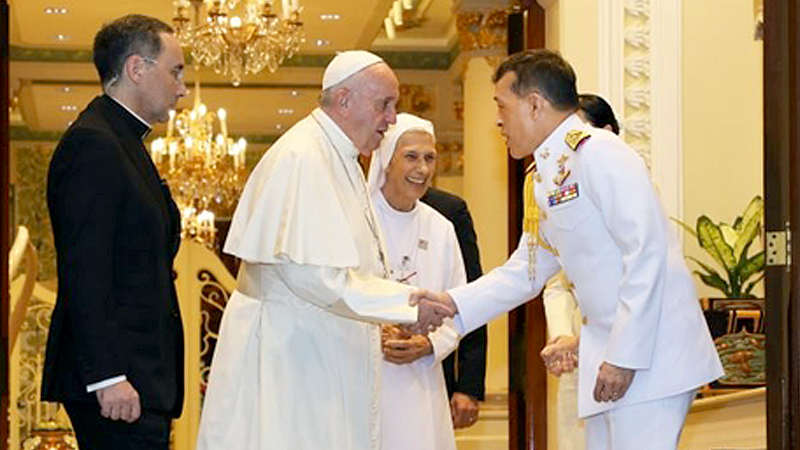 The pontiff is on an official visit to Thailand, which end tomorrow (November 23).

Their Majesties Suthida exchanged gifts with His Holiness and took photographs together. After a short conversation with his hosts, Pope Francis took his leave to attend the public mass at Supachalasai National Stadium at around 6pm 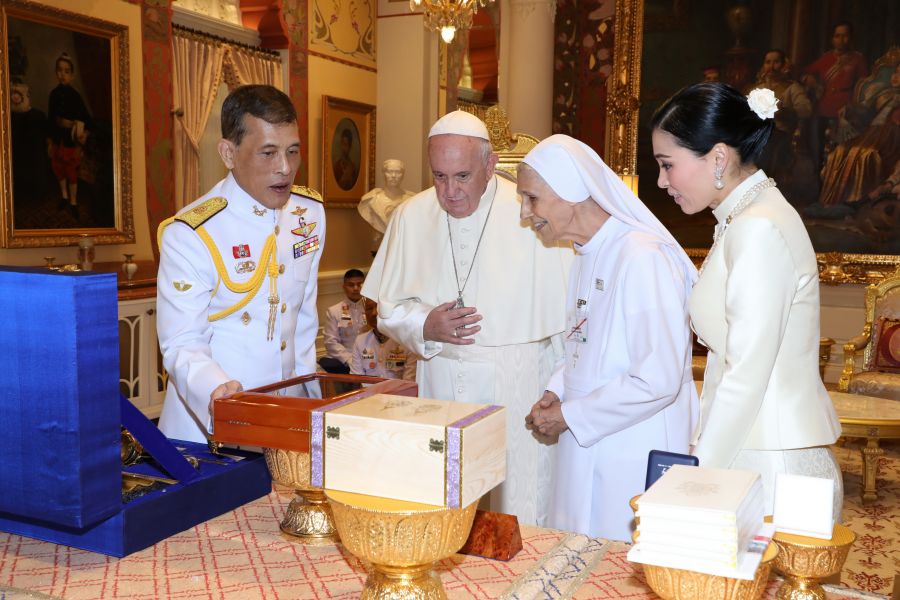