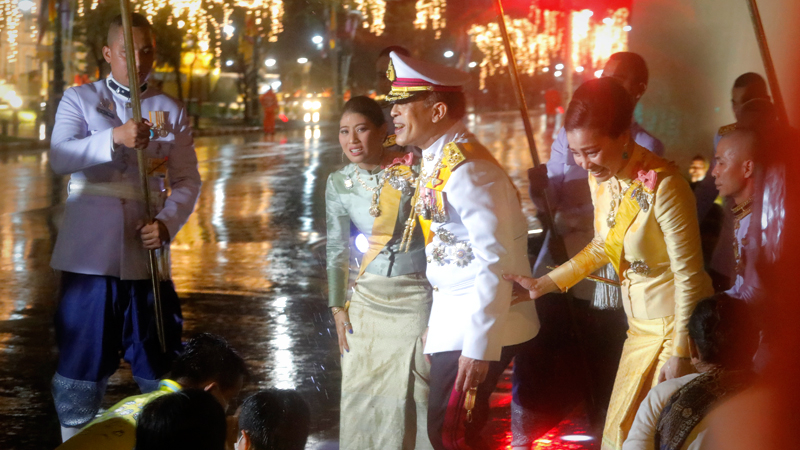 His Majesty King Maha Vajiralongkorn and Her Majesty Queen Suthida performed a religious ceremony to make merit on the anniversary of the passing of late King Bhumibol Adulyadej the Great on Tuesday at Amarin Winitchai Throne Hall at the Grand Palace. 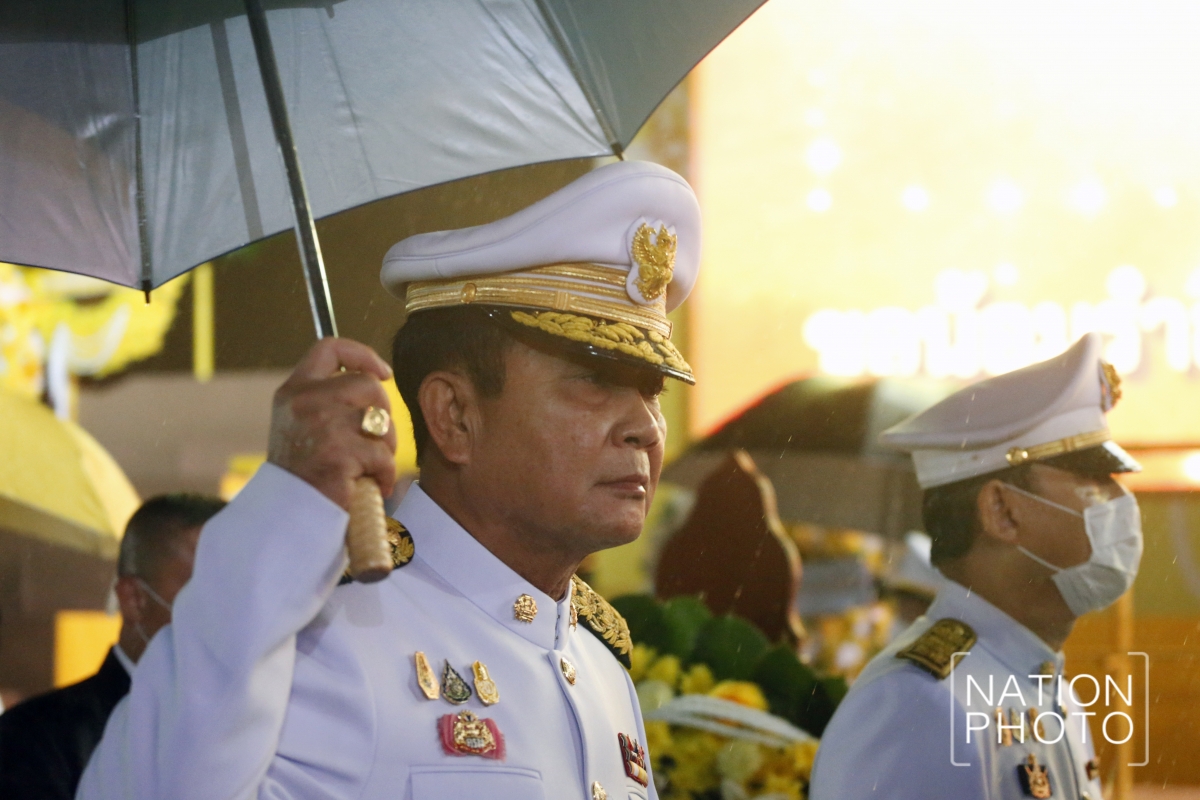 At Sanam Luang just outside the Grand Place, Prime Minister General Prayut Chan-o-cha and his spouse Naraphon presided over the candle lighting ceremony to express gratitude to the late King Bhumibol Adulyadej the Great on the anniversary of his passing. The House speaker, the president of the Supreme Court, ministers, members of Parliament, members of the Senate, the Bangkok governor, and their spouses, as well as government officials, the private sector and the general public attended the ceremony.

In this photo below, a group of people wait to greet His Majesty the King at Wiset Chai Si Gate of the Grand Palace before the ceremony.