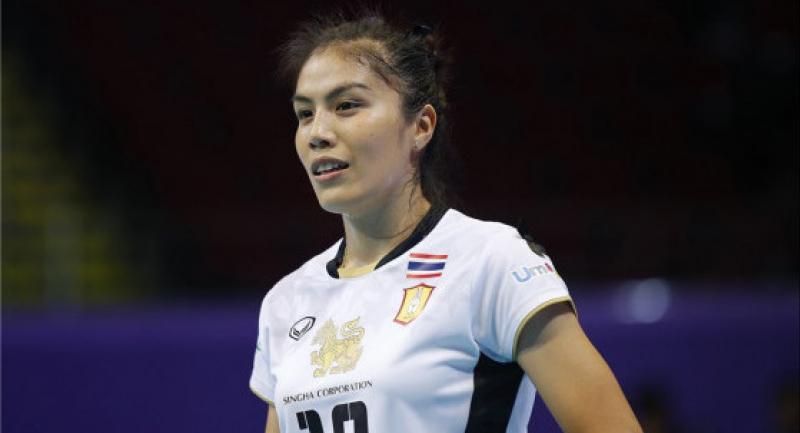 Hisamitsu Springs Kobe from Japan ended their elimination round campaign on a winning note with an easy beating of Bangkok Glass 3-0 (25-14, 25-18, 25-20) in the all-Asians Pool B encounter at the 2016 FIVB Women's Club World Championship at the Mall of Asia Arena in Manila, the Philippines on Thursday.

It was the second win of Hisamitsu in the history of the competition, after their stunning victory last year over eventual gold medallists Eczacibasi VitrA Istanbul, while Bangkok Glass suffered successive two losses in the top-flight tournament.

Coming from back-to-back losses, Hisamitsu Springs Kobe took an early lead, 10-6, in the first set before it ballooned to 16-9. From a close contest, 12-11 halfway through the second set, the Japanese tightened up on defense and manned the floor more accurately to lead the match, two sets to none.

Hisamitsu Springs Kobe had a strong third set start, 6-2, as Ishii and Nagaoka took charge for the Japanese side and pushed the lead to 16-10 en route to victory. It was a sweet revenge for Hisamitsu, which last year went down to Bangkok Glass in the final showdown of the Asian Women's Club Championship in Ha Nam, Vietnam.

Vietnam's Nguyen Thi Ngoc Hoa made 11 points for Bangkok Glass. The Thai team are due to take on VakifBank Istanbul on Friday.

Kumi Nakada, Hisamitsu Springs Kobe coach: “Every team is very high-skilled, so it was very difficult to win here. Some of my national team members have the experience playing against foreign teams, but the other players haven't. So it was difficult.”

“I wanted to give experience to the younger players but we couldn’t, but it’s fine.”

Miyu Nagaoka, Hisamitsu Springs captain: “We haven’t got rhythm for the last two games but we made good rhythm today so we're happy with this game.”

Kittipong Pornchartyingcheep, Bangkok Glass coach: “We played with good harmony, although we made mistakes. But I think today we were confident and played good.”

Pleumjit Thinkaow, Bangkok Glass captain: “Today was very difficult. The other team has good system and good defence, also we made a lot of mistakes.”